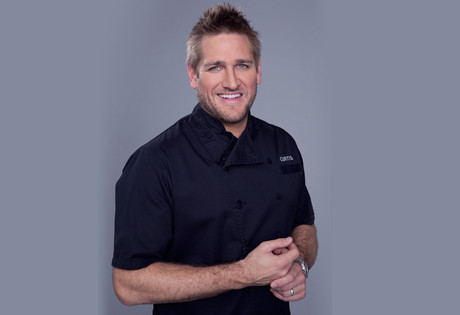 Start by filling out our no-obligation entertainment request form to check pricing and availability for Curtis Stone or whoever else you may want.

Our Curtis Stone agent will be happy to help you get Curtis Stone's availability and booking fee, or the price and availability for any other A-List entertainer, band, comedian or celebrity you may want for your corporate event, private party, wedding, birthday party or public show.

The Australian celebrity chef Curtis Stone was born in 1975 in Melbourne. Growing up, Curtis was greatly influenced by his grandmother, who spent many hours teaching him to cook. By the time he was eighteen years old, Curtis was working at the Savoy Hotel. After finishing his required studies to become a chef, Stone moved to London where he began cooking under some of the city’s most influential culinary artists.

After working under Marco Pierre White at the restaurants Mirabelle and Café Royal, Curtis became head chef at White’s Quo Vadis restaurant. But his big breakthrough on television came when he began hosting the TLC series Take Home Chef in 2006. The show was one of the network’s biggest hits, and led to dozens of other television appearances and hosting gigs for Stone.

Between 2007 and 2010, Curtis Stone appeared on a number of television programs, including NBC’s Today, where he visited Meredith Vieira in her home to teach her some cooking techniques. But it was his appearance as a competitor on The Celebrity Apprentice 3 in 2010 which made Curtis Stone a recognizable figure in the culinary world.

Since Celebrity Apprentice, Curtis has appeared on dozens of television programs, including: Conan, Martha, The Nate Berkus Show, The Talk, The Chew, Rachel Ray, The Biggest Loser, and the Ellen DeGeneres Show. Shortly after the Celebrity Apprentice concluded, Stone was tapped to join the judging panel for NBC’s America’s Next Great Restaurant, and a year later he hosted Top Chef Masters on the Bravo network. In 2012, Curtis Stone began co-hosting Around the World in 80 Plates for the network, alongside fellow chef Cat Cora.

In addition to his television appearances, Curtis Stone has authored multiple cookbooks, including his 2013 best-selling What’s For Dinner? Today, Curtis Stone can be seen on the FOX reality cooking series, My Kitchen Rules, scheduled to premiere in 2017. Stone recently opened Maude, his first restaurant, in Beverly Hills. His latest book, Good Food, Good Life, was released in 2015.

For more information on booking Curtis Stone, please contact Booking Entertainment. One of our top booking agents will be happy to work on your behalf to get you the best possible price to book any big name entertainer for your upcoming public, private or corporate event worldwide.

Booking Entertainment works to get the best possible Curtis Stone booking fee and Curtis Stone price for our clients while also providing the celebrity or famous entertainer with the level of professionalism and industry norms that they expect from an event run by a professional booking agency and production management.

Booking Entertainment uses our agency / management relationships and over 25 years of production experience to help buyers of headline / top name entertainers and does not claim or represent itself as the exclusive Curtis Stone agent, manager or management company for any of the artists on our site.

Booking Entertainment does not claim or represent itself as the exclusive booking agency, business manager, publicist, speakers bureau or management for Curtis Stone or any artists or celebrities on this website.