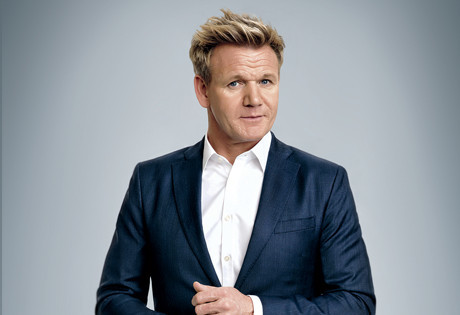 Start by filling out our no-obligation entertainment request form to check pricing and availability for Gordon Ramsay or whoever else you may want.

Our Gordon Ramsay agent will be happy to help you get Gordon Ramsay's availability and booking fee, or the price and availability for any other A-List entertainer, band, comedian or celebrity you may want for your corporate event, private party, wedding, birthday party or public show.

British chef and television personality Gordon Ramsay was born in 1966 in Johnstone, Renfrewshire and grew up in Stratford-upon-Avon. Young Gordon’s first love was football, and although he was a very talented player, multiple injuries throughout his youth and teen years made it difficult to consider playing professionally as an adult. Instead, Ramsay began to pursue a career in the culinary arts, and by the time he was nineteen, he had enrolled at North Oxfordshire Technical College to study hotel management and cuisine.

Gordon’s career in the culinary world began in the early 1980’s, at the Wroxton House Hotel as a commis chef. He then went on to work for Marco Pierre White at Harveys, then for Albert Roux at Le Gavroche, and then Ramsay continued his work for Roux but at the Hotel Diva in the French Alps. He then moved to Paris to work under the tutelage of Joel Robuchon and Guy Savoy, from Ramsay credits today as having being a highly influential mentor.

By the new millennium, Restaurant Gordon Ramsay had earned three Michelin stars, the highest possible rating. Around the same time, Ramsay began to appear on television, starting with appearances in the documentaries Boiling Point (1998) and Beyond the Boiling Point (2000.) By 2004, he was hosting his own television series in Britain, Ramsay’s Kitchen Nightmares, and appearing on the reality show Hell’s Kitchen, his notorious flair for drama and his explosive temper bringing more and more viewers to the shows each week. In 2005, the Fox network launched an American-based version of Hell’s Kitchen, and the show continues to be one of the network’s most highly rated programs.

Today, Gordon Ramsey is the owner or operator of dozens and dozens of restaurants throughout the world; more than a dozen are located in London, but a number are also located throughout California, New York City, Florida, and Las Vegas. Ramsey also has restaurants in Canada, Italy, France, Ireland, Japan, Qatar, South Africa, Hong Kong, Singapore, and Dubai. The author of more than twenty books, Gordon Ramsey most recently released his latest, Gordon Ramsay and the Bread Street Kitchen Team: Delicious Recipes for Breakfast, Lunch, and Dinner to Cook at Home, in 2016.

For more information on booking Gordon Ramsay, please contact Booking Entertainment. One of our top booking agents will be happy to work on your behalf to get you the best possible price to book any big name entertainer for your upcoming public, private or corporate event worldwide.

Booking Entertainment works to get the best possible Gordon Ramsay booking fee and Gordon Ramsay price for our clients while also providing the celebrity or famous entertainer with the level of professionalism and industry norms that they expect from an event run by a professional booking agency and production management.

Booking Entertainment uses our agency / management relationships and over 25 years of production experience to help buyers of headline / top name entertainers and does not claim or represent itself as the exclusive Gordon Ramsay agent, manager or management company for any of the artists on our site.

Booking Entertainment does not claim or represent itself as the exclusive booking agency, business manager, publicist, speakers bureau or management for Gordon Ramsay or any artists or celebrities on this website.