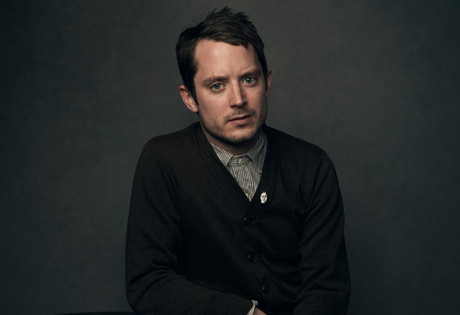 Start by filling out our no-obligation entertainment request form to check pricing and availability for Elijah Wood or whoever else you may want.

Our Elijah Wood agent will be happy to help you get Elijah Wood's availability and booking fee, or the price and availability for any other A-List entertainer, band, comedian or celebrity you may want for your corporate event, private party, wedding, birthday party or public show.

American producer, actor, and DJ Elijah Wood was born in 1981 in Cedar Rapids, Iowa. Wood grew up modeling and appearing in local school plays; his natural talent for acting quickly became apparent, and after a number of small roles in commercials and stage productions, he first appeared on the big screen in a small role in the smash hit Back to the Future Part II. By the time he was fifteen, Wood had starred in a number of films, including: Radio Flyer (1992), The Good Son (1993), and Flipper (1996.) Wood also developed a growing interest in music, which would eventually lead to his interest in DJ-ing.

As he reached his late teens and early twenties, Elijah Wood began to appear in a number of more mature roles, including The Ice Storm (1997) and Deep Impact (1998.) But the role which made him a household name arriving in 2001, when Peter Jackson cast him in the role of Frodo Baggins in The Lord of the Rings. Since that time, Elijah Wood has gone on to star in a number of high-profile films, including both subsequent installments of the Lord of the Rings Trilogy, plus films such as Eternal Sunshine of the Spotless Mind (2004) and Everything is Illuminated (2005.) He has also voiced the main character for the films Happy Feet (2006) and Happy Feet Two (2011.)

In 2005, Elijah Wood launched his own record label, Simian Records, and since that time the label has signed a handful of up and coming bands. In addition to the record label, Elijah Wood has recently forayed into DJ-ing; after meeting already existing DJ Zach Cowie through mutual friends, the two found their tastes and interests in music to be much in alignment. The duo formed the DJ team Wooden Wisdom, and since their formation they’ve been in great demand for a number of high-profile events. Wooden Wisdom recently launched a 2015 tour which has brought them to audiences in Miami, Toronto, Brooklyn, Los Angeles, and across the ocean to Italy and Copenhagen.

Elijah Woods is slated for a number of film roles in the coming years, but he also plans to continue with Wooden Wisdom and his side projects in the music industry.

For more information on booking Elijah Wood, please contact Booking Entertainment. One of our top booking agents will be happy to work on your behalf to get you the best possible price to book any big name entertainer for your upcoming public, private or corporate event worldwide.

Booking Entertainment works to get the best possible Elijah Wood booking fee and Elijah Wood price for our clients while also providing the celebrity or famous entertainer with the level of professionalism and industry norms that they expect from an event run by a professional booking agency and production management.

Booking Entertainment uses our agency / management relationships and over 25 years of production experience to help buyers of headline / top name entertainers and does not claim or represent itself as the exclusive Elijah Wood agent, manager or management company for any of the artists on our site.

Booking Entertainment does not claim or represent itself as the exclusive booking agency, business manager, publicist, speakers bureau or management for Elijah Wood or any artists or celebrities on this website.