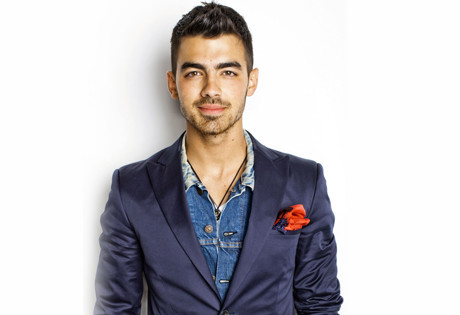 Start by filling out our no-obligation entertainment request form to check pricing and availability for Joe Jonas or whoever else you may want.

Our Joe Jonas agent will be happy to help you get Joe Jonas's availability and booking fee, or the price and availability for any other A-List entertainer, band, comedian or celebrity you may want for your corporate event, private party, wedding, birthday party or public show.

The American actor and singer Joe Jonas was born in 1989 in Casa Grande, Arizona. Jonas rose to fame as one of the members of the Jonas Brothers, appearing on the Disney Channel series Jonas, rising to become one of the era’s most beloved “boy bands.” Later, Joe starred in his own series, Married to Jonas, alongside his wife and brothers in the reality show which chronicled the couple’s domestic life.

With the Jonas Brothers, Joe Jonas gave audiences the hit albums: It’s About Time (2006), Jonas Brothers (2007), A Little Bit Longer (2008), and Lines, Vines and Trying Times (2009.) Joe remained with the group through 2012, but in 2010, he began to prepare for a solo career. His debut single, “See No More,” arrived in 2011, and later that year he joined Britney Spears on her European tour as a supporting act. Jonas’s debut album, Fastlife, was released around the same time, and rose into the top twenty on the mainstream charts.

In recent years, Joe Jonas has made the foray into the celebrity DJ scene, performing under the name DJ Danger. His debut performance was in Miami’s South Beach, at the Mansion Nightclub. Joe relayed in interviews to promote the event that he’d always enjoyed DJ-ing and had been doing it for friends and family for over two years. The event was an enormous success and has paved the way for DJ-ing gigs in the future for Jonas.

Most recently, in 2015, Joe Jonas formed his own band, his first since splitting from the Jonas Brothers. The band, DNCE, performed their debut single, “ Cake by the Ocean,” on the New York station Z100 for the first time in September of 2015.

For more information on booking Joe Jonas, please contact Booking Entertainment. One of our top booking agents will be happy to work on your behalf to get you the best possible price to book any big name entertainer for your upcoming public, private or corporate event worldwide.

Booking Entertainment works to get the best possible Joe Jonas booking fee and Joe Jonas price for our clients while also providing the celebrity or famous entertainer with the level of professionalism and industry norms that they expect from an event run by a professional booking agency and production management.

Booking Entertainment uses our agency / management relationships and over 25 years of production experience to help buyers of headline / top name entertainers and does not claim or represent itself as the exclusive Joe Jonas agent, manager or management company for any of the artists on our site.

Booking Entertainment does not claim or represent itself as the exclusive booking agency, business manager, publicist, speakers bureau or management for Joe Jonas or any artists or celebrities on this website.