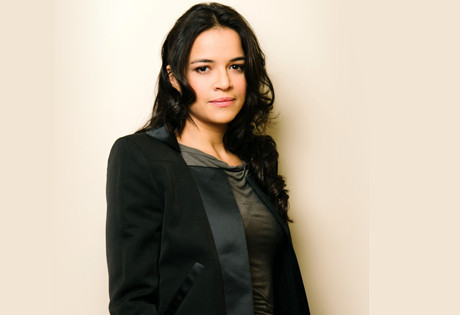 Start by filling out our no-obligation entertainment request form to check pricing and availability for Michelle Rodriguez or whoever else you may want.

The American actress and DJ Michelle Rodriguez was born in 1978 in San Antonio, Texas. Rodriguez spent her formative years growing up in Puerto Rico, where she found difficulty maintaining a stable academic life; she was expelled from multiple schools and eventually dropped out of high school, returning a few years later to earn her GED.

Rodriguez’s first role as an actress was in the film Girlfight (2000), a role she earned through an open casting call. The film would go on to win top prizes at the Sundance Film Festival and the Cannes Film Festival, and Michelle’s performance would earn her critical acclaim in the form of an Independent Spirit Award, Gotham Award, and Film Critics Awards. Since that time, Michelle Rodriguez has gone on to appear in the Fast and the Furious franchise series, plus numerous additional films, including: Blue Crush (2002), Control (2004), The Breed (2006), Gardens of the Night (2008), Avatar (2009), Battle: Los Angeles (2011), and Turbo (2013.) She also appeared on the series Lost in the role of Ana Lucia Cortez from 2005 to 2010.

Michelle Rodriguez is also an active disc jockey and has been since 2009 when she began performing at film premiere after parties and nightclubs around the country, including one of Cannes’ celebrations during the festival’s 2012 event. Today she is much sought-after for her ability to tailor her mixes to the crowd’s tastes, covering music from multiple decades and in a variety of genres.

For more information on booking Michelle Rodriguez , please contact Booking Entertainment. One of our top booking agents will be happy to work on your behalf to get you the best possible price to book any big name entertainer for your upcoming public, private or corporate event worldwide.

Booking Entertainment works to get the best possible Michelle Rodriguez booking fee and Michelle Rodriguez price for our clients while also providing the celebrity or famous entertainer with the level of professionalism and industry norms that they expect from an event run by a professional booking agency and production management.

Booking Entertainment uses our agency / management relationships and over 25 years of production experience to help buyers of headline / top name entertainers and does not claim or represent itself as the exclusive Michelle Rodriguez agent, manager or management company for any of the artists on our site.

Booking Entertainment does not claim or represent itself as the exclusive booking agency, business manager, publicist, speakers bureau or management for Michelle Rodriguez or any artists or celebrities on this website.