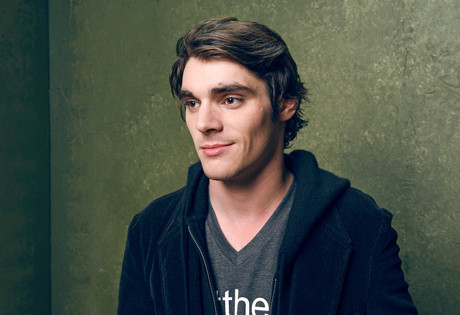 Start by filling out our no-obligation entertainment request form to check pricing and availability for RJ_Mitte or whoever else you may want.

Our RJ_Mitte agent will be happy to help you get RJ_Mitte's availability and booking fee, or the price and availability for any other A-List entertainer, band, comedian or celebrity you may want for your corporate event, private party, wedding, birthday party or public show.

American actor RJ Mitte was born Roy Frank Mitte III in 1992. Long before Mitte rose to fame for his role on the hit series Breaking Bad, in the role of Walter “Flynn” White, Jr., Mitte grew up in Lafayette, Louisiana. Loss of oxygen to his brain during birth led to cerebral palsy, a challenge which has not slowed down RJ one bit and has made the highly successful actor and DJ a terrific role model for those with disabilities.

A move to Los Angeles to help bolster his sister’s acting career in advetently led RJ’s own career as an actor. After appearing in a number of small roles on such series as Hannah Montana, Mitte was offered the role of Flynn in Breaking Bad. The role led to multiple prestigious awards for his performance, including the SAG-AFTRA Harold Russell Award. Since Breaking Bad, RJ Mitte has also appeared in a number of films, and he has aspirations to move into directing and producing.

In addition to acting, RJ Mitte has recently launched a career as a DJ, having recently performed a “Breaking Beats” set at the B.B. King Blues Club in New York City in April of 2015. The appearance was followed by a tour which brought RJ to notable venues in such high profile cities as San Diego and Las Vegas.

For more information on booking RJ_Mitte, please contact Booking Entertainment. One of our top booking agents will be happy to work on your behalf to get you the best possible price to book any big name entertainer for your upcoming public, private or corporate event worldwide.

Booking Entertainment works to get the best possible RJ_Mitte booking fee and RJ_Mitte price for our clients while also providing the celebrity or famous entertainer with the level of professionalism and industry norms that they expect from an event run by a professional booking agency and production management.

Booking Entertainment uses our agency / management relationships and over 25 years of production experience to help buyers of headline / top name entertainers and does not claim or represent itself as the exclusive RJ_Mitte agent, manager or management company for any of the artists on our site.

Booking Entertainment does not claim or represent itself as the exclusive booking agency, business manager, publicist, speakers bureau or management for RJ_Mitte or any artists or celebrities on this website.