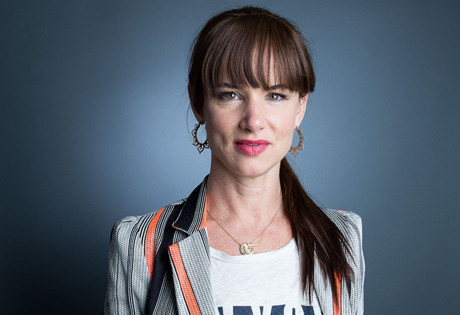 Start by filling out our no-obligation entertainment request form to check pricing and availability for Juliette Lewis or whoever else you may want.

Our Juliette Lewis agent will be happy to help you get Juliette Lewis's availability and booking fee, or the price and availability for any other A-List entertainer, band, comedian or celebrity you may want for your corporate event, private party, wedding, birthday party or public show.

American musician and actress Juliette Lewis was born in 1973 and rose to fame first for her breakthrough performance in Martin Scorsese’s remake of the thriller Cape Fear in 1991. The role brought her nominations for a Golden Globe and Academy Award, and set the stage for a career which has since made the actress one of the era’s most notable talents. Prior to that, Lewis had appeared in the film My Stepmother is an Alien and on the television series, The Facts of Life.

Juliette Lewis launched her career as a musician in 2004, forming her own rock band, Juliette and the Licks and releasing the debut album, Like a Bolt of Lightning. Since then, Juliette and the Licks have released three additional albums: You’re Speaking my Language (2005), Four on the Floor (2006), and Terra Incognita (2009.) The group recently performed at the Przystanek Woodstock festival in Poland in 2009, and then later at Rock for People in the Czech Republic in 2010. Prior to that, Lewis provided vocals for the song “Bad Brother,” by the Infidels and which appears on the soundtrack to the film The Crow: Salvation. She also contributed vocals to three songs by The Prodigy, on the album Always Outnumbered, Never Outgunned.

Juliette Lewis continues to perform with the Licks, and she recently joined the celebrity DJ circuit, appearing and performing at a number of high-profile events. Juliette Lewis most recently appeared in the role of Beverly Brown on the television series Wayward Pines in 2015. She is scheduled to appear in the 2016 film Nerve, currently filming.

For more information on booking Juliette Lewis, please contact Booking Entertainment. One of our top booking agents will be happy to work on your behalf to get you the best possible price to book any big name entertainer for your upcoming public, private or corporate event worldwide.

Booking Entertainment works to get the best possible Juliette Lewis booking fee and Juliette Lewis price for our clients while also providing the celebrity or famous entertainer with the level of professionalism and industry norms that they expect from an event run by a professional booking agency and production management.

Booking Entertainment uses our agency / management relationships and over 25 years of production experience to help buyers of headline / top name entertainers and does not claim or represent itself as the exclusive Juliette Lewis agent, manager or management company for any of the artists on our site.

Booking Entertainment does not claim or represent itself as the exclusive booking agency, business manager, publicist, speakers bureau or management for Juliette Lewis or any artists or celebrities on this website.