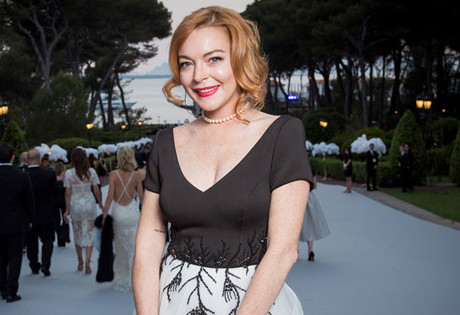 Start by filling out our no-obligation entertainment request form to check pricing and availability for Lindsay Lohan or whoever else you may want.

Our Lindsay Lohan agent will be happy to help you get Lindsay Lohan's availability and booking fee, or the price and availability for any other A-List entertainer, band, comedian or celebrity you may want for your corporate event, private party, wedding, birthday party or public show.

The American actress Lindsay Lohan was born in 1986 in New York, and grew up in Long Island’s Cold Spring Harbor area. Lohan’s mother was a former performer, and so all the Lohan children were encouraged to pursue careers in entertainment from a very young age.

Lindsey began modeling when she was still a toddler, and by the time she was a teenager she’d appeared in over sixty commercials. By the age of ten, she’d started homeschooling to allow her more time to work, and she began her role as Alli Fowler on the soap opera Another World. But it was a role offered to her in the year that followed that ultimately became her big breakthrough and made Lohan one of the most recognizable faces of the new millennium.

In the late 1990’s, Disney Studios sought to re-boot the classic Disney film The Parent Trap, in the same fashion as the first was filmed – with one actor playing the parts of both twins (instead of hiring twins to play the role.) Lindsey Lohan auditioned for the role and was hired alongside her screen parents, Natasha Richardson and Dennis Quaid. The film was a huge success, earning nearly $100 million worldwide and earning Lohan significant acclaim for her performance.

The Parent Trap earned Lindsey a three-film deal with Disney Studios and also a Young Artist Award for her performance. Over the course of the next decade, Lindsey Lohan appeared in multiple films, including: Mean Girls (2004), Herbie: Fully Loaded (2005), A Prairie Home Companion (2006), and Bobby (2006.) But at the same time, Lindsey decided to pursue another goal, to launch a career as a singer. She released a debut album, Speak, in 2004, followed by the album A Little More Personal (Raw) in 2005, but to lukewarm reviews and moderate commercial success.

In recent years, Lindsey Lohan has become equally famous for her brushes with the legal system and her evolving struggle with addiction, finding herself in and out of rehab facilities over the last few years. But as of 2013, her career was back on track with an appearance in the film The Canyons, and she recently made her stage debut in London, starring in the West End production of Speed the Plow.

For more information on booking Lindsay Lohan, please contact Booking Entertainment. One of our top booking agents will be happy to work on your behalf to get you the best possible price to book any big name entertainer for your upcoming public, private or corporate event worldwide.

Booking Entertainment works to get the best possible Lindsay Lohan booking fee and Lindsay Lohan price for our clients while also providing the celebrity or famous entertainer with the level of professionalism and industry norms that they expect from an event run by a professional booking agency and production management.

Booking Entertainment uses our agency / management relationships and over 25 years of production experience to help buyers of headline / top name entertainers and does not claim or represent itself as the exclusive Lindsay Lohan agent, manager or management company for any of the artists on our site.

Booking Entertainment does not claim or represent itself as the exclusive booking agency, business manager, publicist, speakers bureau or management for Lindsay Lohan or any artists or celebrities on this website.