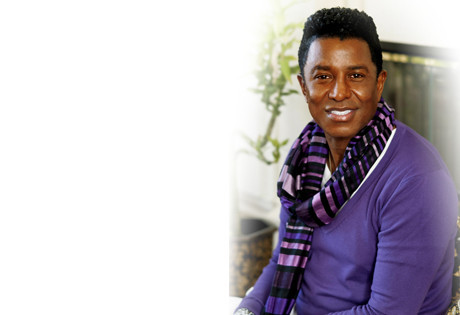 Start by filling out our no-obligation entertainment request form to check pricing and availability for Jermaine Jackson or whoever else you may want.

Our Jermaine Jackson agent will be happy to help you get Jermaine Jackson's availability and booking fee, or the price and availability for any other A-List entertainer, band, comedian or celebrity you may want for your corporate event, private party, wedding, birthday party or public show.

The American composer and singer Jermaine Jackson was born in 1954 in Gary, Indiana. Known best as one of the original members of the Jackson 5 and brother to music legend Michael Jackson, Jermaine grew up the fourth child in the Jackson family and was originally tapped to be the group’s lead singer. However, after his younger brother Michael began stealing the show with his vocals, Jermaine took a backseat so that Michael could begin his meteoric rise as first the lead singer of the group and then later one of the most famous solo artists the world has ever known.

With the Jackson 5, Jermaine’s career began in the late 1960’s and rose in the early to mid 1970’s. When the group decided to switch labels in 1975, Jermaine was the only one choosing to stay with Motown Records, thus ending his role in the Jackson 5. Although he reunited with the Jackson 5 for the album Victory (1984) and then later for 2300 Jackson Street (1989), Jermaine focused mainly on a solo career for the remainder of the 70’s and throughout the 1980’s.

Jermaine Jackson earned his first Grammy as a solo artist, for the album Let’s Get Serious, as Best Male R&B Vocal Performance in 1980. Other solo albums from Jermaine include: Jermaine (1980), Let Me Tickle Your Fancy (1982), Precious Moments (1986), Don’t Take It Personal (1989), You Said (1991.) Notable hits from Jermaine throughout these years include: “That’s How Love Goes,” “Bass Odyssey,” “Let’s Be Young Tonight,” “Let’s Get Serious,” “Do What You Do,” and “Tell Me I’m Not Dreamin’ (Too Good to Be True.)” He also frequently collaborated with his brother Michael, often providing vocals on some of Michael Jackson’s greatest hits.

In recent years, Jermaine Jackson has appeared on the television shows Celebrity Big Brother UK, Gone Country, Celebrity Wife Swap, and on the A&E series The Jacksons: A Family Dynasty. He has also written the memoir You Are Not Alone: Michael Through a Brother’s Eyes.

Most recently, Jermaine Jacksons released the solo album, I Wish You Love, in 2012. He is currently in the studio putting the finishing touches on his next solo album, scheduled for release in late 2015.

For more information on booking Jermaine Jackson, please contact Booking Entertainment. One of our top booking agents will be happy to work on your behalf to get you the best possible price to book any big name entertainer for your upcoming public, private or corporate event worldwide.

Booking Entertainment works to get the best possible Jermaine Jackson booking fee and Jermaine Jackson price for our clients while also providing the celebrity or famous entertainer with the level of professionalism and industry norms that they expect from an event run by a professional booking agency and production management.

Booking Entertainment uses our agency / management relationships and over 25 years of production experience to help buyers of headline / top name entertainers and does not claim or represent itself as the exclusive Jermaine Jackson agent, manager or management company for any of the artists on our site.

Booking Entertainment does not claim or represent itself as the exclusive booking agency, business manager, publicist, speakers bureau or management for Jermaine Jackson or any artists or celebrities on this website.