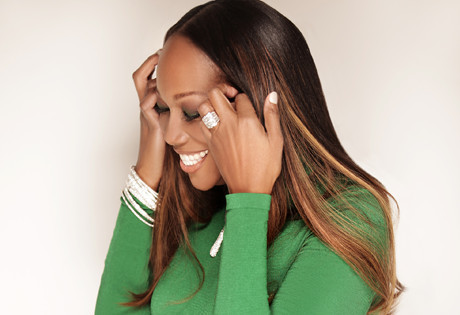 Start by filling out our no-obligation entertainment request form to check pricing and availability for Yolanda Adams or whoever else you may want.

Our Yolanda Adams agent will be happy to help you get Yolanda Adams's availability and booking fee, or the price and availability for any other A-List entertainer, band, comedian or celebrity you may want for your corporate event, private party, wedding, birthday party or public show.

The American gospel singer Yolanda Adams was born in 1961 in Houston, Texas. Yolanda initially began her work in entertainment as a model, while still pursuing a career as a teacher. Adams sang with her local church regularly, though, and it was through these performances that she caught the attention of Sound of Gospel Records, which signed her to the label in the late 1980’s.

Yolanda Adams’s debut album, Just as I Am, was released in 1987 and achieved moderate success. The album paved the way for her next record deal, with Tribute Records, to release her sophomore effort, Through the Storm, in 1991. For the next few years, Yolanda Adams released consistently well-performing gospel albums, establishing her career as one of the era’s most successful gospel performers. Notable albums include: Save the World (1993), More than a Melody (1995), Songs from the Heart (1998), Mountain High… Valley Low (1999), Believe (2001), The Experience (2002), Day By Day (2005), and What a Wonderful Time (2007.)

In 2007, Yolanda Adams made the switch to Columbia Records and in that same year she launched her morning radio show, “The Yolanda Adams Morning Show.” The show has proven to be an enormous hit, reaching nearly forty markets at present. In recent years, Yolanda Adams performed on The Mo’Nique Show and the BET Honors. She also published her first book, Points of Power, in 2010. Adams released her most recent studio album, Becoming, in 2011, featuring the hit single “Be Still,” although she has also announced plans to return to the studio for another album release in the coming year.

For more information on booking Yolanda Adams, please contact Booking Entertainment. One of our top booking agents will be happy to work on your behalf to get you the best possible price to book any big name entertainer for your upcoming public, private or corporate event worldwide.

Booking Entertainment works to get the best possible Yolanda Adams booking fee and Yolanda Adams price for our clients while also providing the celebrity or famous entertainer with the level of professionalism and industry norms that they expect from an event run by a professional booking agency and production management.

Booking Entertainment uses our agency / management relationships and over 25 years of production experience to help buyers of headline / top name entertainers and does not claim or represent itself as the exclusive Yolanda Adams agent, manager or management company for any of the artists on our site.

Booking Entertainment does not claim or represent itself as the exclusive booking agency, business manager, publicist, speakers bureau or management for Yolanda Adams or any artists or celebrities on this website.