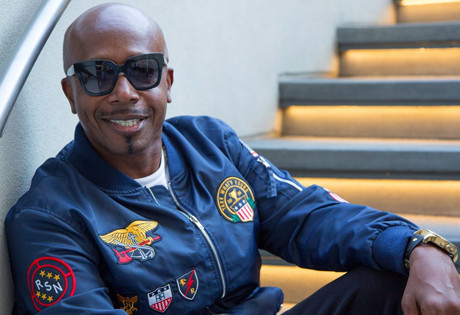 Start by filling out our no-obligation entertainment request form to check pricing and availability for MC Hammer or whoever else you may want.

Our MC Hammer agent will be happy to help you get MC Hammer's availability and booking fee, or the price and availability for any other A-List entertainer, band, comedian or celebrity you may want for your corporate event, private party, wedding, birthday party or public show.

MC Hammer was born in 1962 in Oakland, California. As a child, while serving as a batboy for the Oakland Athletics baseballs team, the young Stanley Kirk Burrell earned the name “Hammer” for his resemblance to the legendary Hank Aaron. Although a career as a ball player wasn’t in the cards for the young MC Hammer, he developed an interest in hip-hop music and began frequenting local clubs.

Hammer became known early on for his dancing; as a matter of fact, while his independently produced first album, Feel My Power (1987) earned the interest of record executives at Capital Records, it was his elaborate dance moves and live performances that sealed the deal. After signing to a multi-album contract, the record label re-released Feel My Power as Let’s Get it Started, spawning the hit single “Turn This Mutha Out.” The album eventually went double-platinum and foreshadowed a lucrative career, but nothing could prepare MC Hammer for the incredible phenomenon he would become in the next decade.

Please Hammer Don’t Hurt ‘Em was released in 1990. The first single, “U Can’t Touch This,” was an early decade phenomenon, dominating the airways and MTV and earning Hammer Grammys for Best Solo Rap Performance and Best R&B Song. “Have You Seen Her" and "Pray" were equally successful, and Please Hammer Don’t Hurt ‘Em became the biggest selling album of the year. MC Hammer became a cultural icon and commercial phenomenon, finding his presence in everything from dolls to a morning cartoon program. This particular brand of success was a double-edged sword; while it brought Hammer to an unprecedented level of commercial success, it also brought plenty of criticism from critics and other artists alike.

For more information on booking MC Hammer, please contact Booking Entertainment. One of our top booking agents will be happy to work on your behalf to get you the best possible price to book any big name entertainer for your upcoming public, private or corporate event worldwide.

Booking Entertainment works to get the best possible MC Hammer booking fee and MC Hammer price for our clients while also providing the celebrity or famous entertainer with the level of professionalism and industry norms that they expect from an event run by a professional booking agency and production management.

Booking Entertainment uses our agency / management relationships and over 25 years of production experience to help buyers of headline / top name entertainers and does not claim or represent itself as the exclusive MC Hammer agent, manager or management company for any of the artists on our site.

Booking Entertainment does not claim or represent itself as the exclusive booking agency, business manager, publicist, speakers bureau or management for MC Hammer or any artists or celebrities on this website.