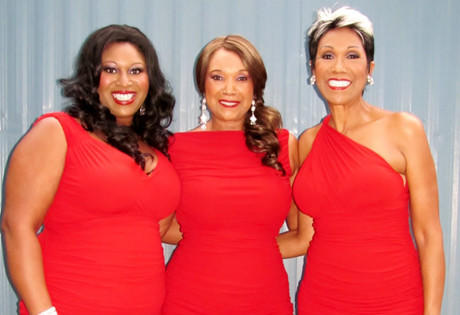 Start by filling out our no-obligation entertainment request form to check pricing and availability for Pointer Sisters or whoever else you may want.

Our Pointer Sisters agent will be happy to help you get Pointer Sisters's availability and booking fee, or the price and availability for any other A-List entertainer, band, comedian or celebrity you may want for your corporate event, private party, wedding, birthday party or public show.

The Pointer Sisters (Ruth, Anita, June, and Bonnie) grew up in West Oakland, California. As children, they were encouraged by their Reverend father to listen to gospel music and sing in the church choir. After leaving school, the Pointer Sisters began touring together, often serving as backup singers for other performers. It was while performing with one of those musicians, Elvin Bishop, that the sisters caught they eye of a music industry executive. They quickly found themselves signed to Atlantic Records as an act of their own.

After a switch to Blue Thumb Records, the Pointer Sisters recorded their debut album and released it in 1973. “ Yes We Can Can,” their first single, nearly rose into the Top Ten on the charts, and “Wang Dang Doodle” fared well also.  The Pointer Sister’s sophomore album, That’s A Plenty, followed in 1974, and featured the song “Fairytale,” a country-style song which became a surprising crossover hit for the Pointer Sisters. The unexpected success of the song brought another unexpected turn of events for the group, when they suddenly found themselves in Nashville, becoming the first female black singers to perform at the Grand Ole Opry. The song also garnered the Pointer Sisters a Grammy for Best Country Performance by a Duo or Group in 1975.

Perhaps one of their most iconic hits, “I’m So Excited,” was released in 1982, and in the following year, the album Break Out became the sister’s biggest hit to date. Two years later, the Pointer Sisters had four top ten singles in a row, with “Automatic,” “Jump (for My Love),” “I’m So Excited,” and “Neutron Dance.” Today, the Pointer Sisters have scaled back their tour dates and recording schedules significantly, but they still perform regularly.

For more information on booking Pointer Sisters, please contact Booking Entertainment. One of our top booking agents will be happy to work on your behalf to get you the best possible price to book any big name entertainer for your upcoming public, private or corporate event worldwide.

Booking Entertainment works to get the best possible Pointer Sisters booking fee and Pointer Sisters price for our clients while also providing the celebrity or famous entertainer with the level of professionalism and industry norms that they expect from an event run by a professional booking agency and production management.

Booking Entertainment uses our agency / management relationships and over 25 years of production experience to help buyers of headline / top name entertainers and does not claim or represent itself as the exclusive Pointer Sisters agent, manager or management company for any of the artists on our site.

Booking Entertainment does not claim or represent itself as the exclusive booking agency, business manager, publicist, speakers bureau or management for Pointer Sisters or any artists or celebrities on this website.