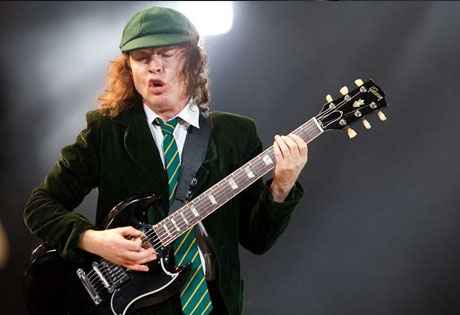 Start by filling out our no-obligation entertainment request form to check pricing and availability for AC/DC or whoever else you may want.

Our AC/DC agent will be happy to help you get AC/DC's availability and booking fee, or the price and availability for any other A-List entertainer, band, comedian or celebrity you may want for your corporate event, private party, wedding, birthday party or public show.

AC/DC 's founding members and guitar players, Malcolm and Angus Young, moved with their parents to Sydney, Australia when they were children in 1963. It was there that they found themselves inspired to start a band, and after recruiting Mark Evans, Bon Scott, and Philip Rudd to their original lineup, the Young’s launched the group AC/DC. The band released the debut album, High Voltage, in 1975, to moderate success and some acclaim; the album Powerage followed in 1977, and then Highway to Hell in 1980.

Tragedy struck in 1980, however, with the untimely death of band member Bon Scott.  This unfortunate event led to the addition of Brian Johnson as vocalist, and the band forged forward with their next album. On the strength of the single, “You Shook Me All Night Long,” the album Back in Black rocketed to the top of the charts. A string of successful albums followed, including: Dirty Deeds Done Dirt Cheap (1981), For Those About to Rock, We Salute You (1981), Flick of the Switch (1983), Fly on the Wall (1985), Blow Up Your Video (1988), and The Razors Edge (1990).  AC/DC took a hiatus for a few years until 1995, when the band resurfaced with Ballbreaker. Stiff Upper Lip was released in 2000, and AC/DC began an extensive tour in its support. Black Ice came in 2008, and became their first number one album in the United States. Backtracks (2009), a retrospective box set, was also highly successful.

Since that time, AC/DC has sold more than two hundred million albums worldwide, and Back in Black alone is credited with being the sixth highest selling album in the United States, with more than twenty-two million in sales. They are today among the best-selling music artists in the United States, and ranked by Rolling Stone and VH1 as among the Greatest Artists of All Time.

In the new millennium, AC/DC continues to perform and record with some changes to the lineup. After Malcolm Young retired in 2014, and then Brian Johnson left the band in 2016, former Guns N’ Roses front man Axl Rose joined the group as their new lead singer. Today, the band continues to perform and record with the current lineup of Angus Young, Stevie Young, Chris Slade, and Rose.

For more information on booking AC/DC, please contact Booking Entertainment. One of our top booking agents will be happy to work on your behalf to get you the best possible price to book any big name entertainer for your upcoming public, private or corporate event worldwide.

Booking Entertainment works to get the best possible AC/DC booking fee and AC/DC price for our clients while also providing the celebrity or famous entertainer with the level of professionalism and industry norms that they expect from an event run by a professional booking agency and production management.

Booking Entertainment uses our agency / management relationships and over 25 years of production experience to help buyers of headline / top name entertainers and does not claim or represent itself as the exclusive AC/DC agent, manager or management company for any of the artists on our site.

Booking Entertainment does not claim or represent itself as the exclusive booking agency, business manager, publicist, speakers bureau or management for AC/DC or any artists or celebrities on this website.