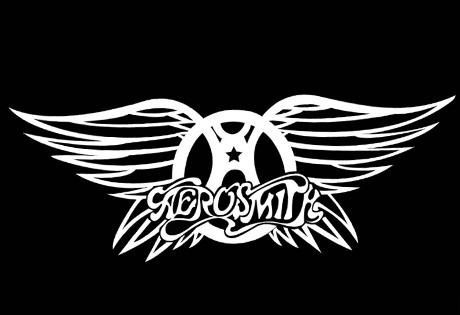 Start by filling out our no-obligation entertainment request form to check pricing and availability for Aerosmith or whoever else you may want.

Our Aerosmith agent will be happy to help you get Aerosmith's availability and booking fee, or the price and availability for any other A-List entertainer, band, comedian or celebrity you may want for your corporate event, private party, wedding, birthday party or public show.

Aerosmith was born out of the music scene in Boston in the late 1960s, established by founding members Joe Perry, Tom Hamilton, and Steven Tyler . The musicians originally met in in the late 1960’s and by 1970, they decided to form a band. Brad Whitford and Joey Kramer were added for guitar and drums, and Aerosmith quickly went on to enjoy platinum albums and sold-out arenas throughout the 1970’s.

Early albums from Aerosmith include: Night in the Ruts, Aerosmith, Get Your Wings, Toys in the Attic, Rocks, and Draw the Line, and hits from those albums include “Dream On,” “Mama Kin,” “Same Old song and Dance,” “Seasons of Wither,” “Sweet Emotion,” “Walk this Way,”  “Back in the Saddle,” and “Kings and Queens.” But in the late 1970’s and early 1980’s Aerosmith found itself plagued with the personal demons of its band members. Excessive drug use had taken its toll on the band, to the point that Jimmy Crespo had to step in to replace Joe Perry between 1979 and 1984.

But Americans love a comeback, and when Joe Perry rejoined Aerosmith in late 1984, the band saw a rebirth and second chance like no other. A Collaboration with Run-D.M.C. in 1985 would create an iconic version of “Walk This Way” that blended traditional rock with the burgeoning rap sweeping the nation. Suddenly, a whole new audience, and a new generation, was turned on to Aerosmith, and from this point on, the band would go on to enjoy a smooth-sailing career which continues to impress and entertain today.

In the new millennium, Aerosmith has toured extensively, not slowing down one bit. Although the band has not released any new albums since Music from Another Dimension (2012), they toured every year from 2012 through 2017, with their most recent tour, Aero-Vederci Baby!, designed as their “farewell” tour. However, the band has made clear that the tour could last for years, which is great news for their most devoted fans.

For more information on booking Aerosmith, please contact Booking Entertainment. One of our top booking agents will be happy to work on your behalf to get you the best possible price to book any big name entertainer for your upcoming public, private or corporate event worldwide.

Booking Entertainment works to get the best possible Aerosmith booking fee and Aerosmith price for our clients while also providing the celebrity or famous entertainer with the level of professionalism and industry norms that they expect from an event run by a professional booking agency and production management.

Booking Entertainment uses our agency / management relationships and over 25 years of production experience to help buyers of headline / top name entertainers and does not claim or represent itself as the exclusive Aerosmith agent, manager or management company for any of the artists on our site.

Booking Entertainment does not claim or represent itself as the exclusive booking agency, business manager, publicist, speakers bureau or management for Aerosmith or any artists or celebrities on this website.