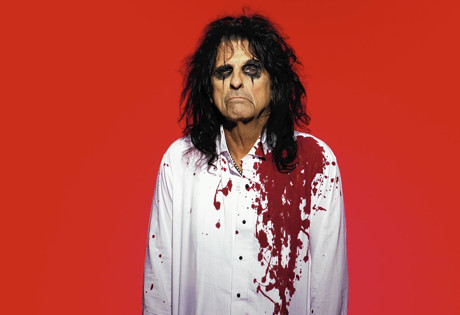 Start by filling out our no-obligation entertainment request form to check pricing and availability for Alice Cooper or whoever else you may want.

Our Alice Cooper agent will be happy to help you get Alice Cooper's availability and booking fee, or the price and availability for any other A-List entertainer, band, comedian or celebrity you may want for your corporate event, private party, wedding, birthday party or public show.

Alice Cooper was born in 1948 in Detroit, Michigan. When Cooper was a teenager, he formed his first band, the Spiders, in 1965, which eventually changed names to the Nazz. Alice Cooper released singles with the band under this name, until 1968, when the band’s name also changed to Alice Cooper.

Alongside Mike Bruce, Dennis Dunaway, Glen Buxton, and Neal Smith, Alice Cooper moved to California, where Frank Zappa signed the band to his label. Pretties for You, the Alice Cooper debut, was released in 1969, followed by Easy Action in 1970, but only to moderate success. After struggling for awhile in California, Alice Cooper decided to relocate the band to Detroit and work on their stage presence and showmanship. With the assistance of a new producer, Alice Cooper developed material for their third album, Love It to Death, which upon its release in 1971 launched the hit single “Eighteen,” sending the album to gold status.

With this level of success, Alice Cooper was able to elaborate further on the band’s live show style and strengthen their popularity in concert performances. This increased popularity ensured that their next release, Killer, would be equally successful as its predecessor, and launch their breakthrough album, School’s Out, which reached number two on the charts in 1972 and firmly established Alice Cooper as a superstar band. The title track to the album also hit the top ten and went number one in the U.K. Billion Dollar Babies came next in 1973, and became Alice Cooper’s biggest seller. Muscle of Love appeared later in the same year, and the band members parted ways to pursue solo projects.

Welcome to my Nightmare, Alice Cooper’s solo debut, was released in 1975 and on the strength of the hit “Only Women Bleed” became a top ten hit. Alice Cooper Goes to Hell followed in 1976, and in the next decade Alice Cooper branched out to acting roles in horror films and other theatrical opportunities. He continued to release albums, including Constrictor (1986) and Trash (1989), which launched “Poison,” his first top ten single since the 1970’s. In the 1990’s, Alice Cooper released Hey Stoopid (1991), The Last Temptation (1994), and Fistful of Alice (1997.) In the new millennium, Alice Cooper released Brutal Planet and Dragontown in 2001, followed by The Eyes of Alice Cooper (2003), Dirty Diamonds (2005), and Along Came a Spider (2008.)

Alice Cooper continues to perform and record well into the new millennium. In 2014, he served as the opening act for Motley Crue’s final tour, and in 2017 he co-headlined a tour with Deep Purple and Edgar Winter, shortly after releasing his twenty-seventh studio album, Paranormal (2017.)

For more information on booking Alice Cooper, please contact Booking Entertainment. One of our top booking agents will be happy to work on your behalf to get you the best possible price to book any big name entertainer for your upcoming public, private or corporate event worldwide.

Booking Entertainment works to get the best possible Alice Cooper booking fee and Alice Cooper price for our clients while also providing the celebrity or famous entertainer with the level of professionalism and industry norms that they expect from an event run by a professional booking agency and production management.

Booking Entertainment uses our agency / management relationships and over 25 years of production experience to help buyers of headline / top name entertainers and does not claim or represent itself as the exclusive Alice Cooper agent, manager or management company for any of the artists on our site.

Booking Entertainment does not claim or represent itself as the exclusive booking agency, business manager, publicist, speakers bureau or management for Alice Cooper or any artists or celebrities on this website.