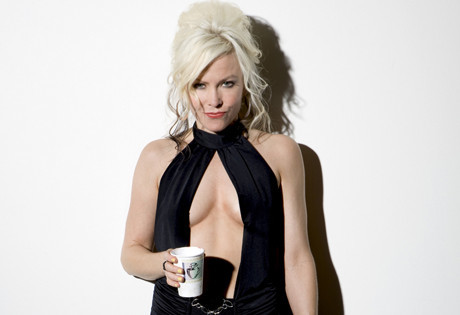 Start by filling out our no-obligation entertainment request form to check pricing and availability for Berlin or whoever else you may want.

Our Berlin agent will be happy to help you get Berlin's availability and booking fee, or the price and availability for any other A-List entertainer, band, comedian or celebrity you may want for your corporate event, private party, wedding, birthday party or public show.

Berlin is a California based pop and synth band established in the early 1980’s. Created by David Diamond, Terri Nunn, and John Crawford, Berlin released their debut album, Pleasure Victim, in 1982. On the strength of the hit single “Sex (I’m A….),” the album and single reached gold status and rocketed the band to stardom.

Shortly after the album’s release, Matt Reid, Rick Olsen, and Rob Brill joined the group and they released Love Life in 1984. Only one year later they reduced their lineup to Brill, Nunn, and Crawford, but nevertheless they hit the top of the charts with “Take My Breath Away,” featured in the film Top Gun. The single became an iconic love theme for the decade, and helped make the soundtrack to the film a huge success.

Berlin embarked on a significant hiatus throughout the 1990’s, but resurfaced with the album Berlin Live: Sacred and Profane in 2000. The album Voyeur came next a year later, Berlin’s first studio album in fifteen years. Since that time, Berlin has continued to perform and record. The group released their latest album, Animal, in 2013; as of 2017, the original members are back in the studio preparing for their next studio album, expected for release in early 2018.

For more information on booking Berlin, please contact Booking Entertainment. One of our top booking agents will be happy to work on your behalf to get you the best possible price to book any big name entertainer for your upcoming public, private or corporate event worldwide.

Booking Entertainment works to get the best possible Berlin booking fee and Berlin price for our clients while also providing the celebrity or famous entertainer with the level of professionalism and industry norms that they expect from an event run by a professional booking agency and production management.

Booking Entertainment uses our agency / management relationships and over 25 years of production experience to help buyers of headline / top name entertainers and does not claim or represent itself as the exclusive Berlin agent, manager or management company for any of the artists on our site.

Booking Entertainment does not claim or represent itself as the exclusive booking agency, business manager, publicist, speakers bureau or management for Berlin or any artists or celebrities on this website.