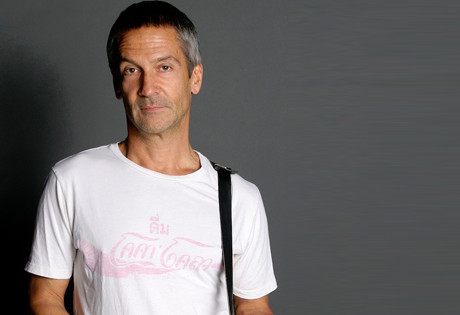 Start by filling out our no-obligation entertainment request form to check pricing and availability for Billy Squier or whoever else you may want.

Our Billy Squier agent will be happy to help you get Billy Squier's availability and booking fee, or the price and availability for any other A-List entertainer, band, comedian or celebrity you may want for your corporate event, private party, wedding, birthday party or public show.

Billy Squire was born in 1950 in Boston, Massachusetts. Squire grew up influenced by the music of Eric Clapton, and while growing up he learned to play the guitar.  After high school he attended Berklee College of Music, and in the early 1970’s he established his first band, Kicks, before joining the band Piper. The band fared pretty well; they opened for KISS during their tours in the late 1970’s and received positive reviews from the critics.

After leaving Piper, Squire signed his first deal as a solo artist in 1980 and released his debut, The Tale of the Tape. The album spent three months on the Billboard charts and spawned a few moderately successful singles, but it was the  album Don’t Say No that became Squire’s big breakthrough. It rose into the top twenty on the mainstream charts and spawned the singles “My Kinda Lover” and “In the Dark.” Eventually, the album reached multi-platinum status and set the stage for a highly successful decade for Billy Squire.

Although Billy Squire has not released any new material in the new millennium, he continues to perform, and most recently contributed music for an album to benefit the victims of Hurricane Sandy.

For more information on booking Billy Squier, please contact Booking Entertainment. One of our top booking agents will be happy to work on your behalf to get you the best possible price to book any big name entertainer for your upcoming public, private or corporate event worldwide.

Booking Entertainment works to get the best possible Billy Squier booking fee and Billy Squier price for our clients while also providing the celebrity or famous entertainer with the level of professionalism and industry norms that they expect from an event run by a professional booking agency and production management.

Booking Entertainment uses our agency / management relationships and over 25 years of production experience to help buyers of headline / top name entertainers and does not claim or represent itself as the exclusive Billy Squier agent, manager or management company for any of the artists on our site.

Booking Entertainment does not claim or represent itself as the exclusive booking agency, business manager, publicist, speakers bureau or management for Billy Squier or any artists or celebrities on this website.