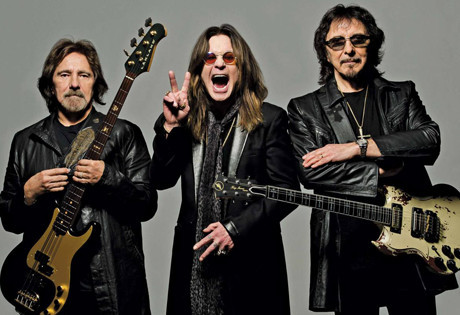 Start by filling out our no-obligation entertainment request form to check pricing and availability for Black Sabbath or whoever else you may want.

Our Black Sabbath agent will be happy to help you get Black Sabbath's availability and booking fee, or the price and availability for any other A-List entertainer, band, comedian or celebrity you may want for your corporate event, private party, wedding, birthday party or public show.

The English rock band known as Black Sabbath was founded in 1968 by Ozzy Osbourne and three other musicians. As one of the earliest successful metal rock bands, Black Sabbath began with a heavier blues sound until a darker sound emerged in the band’s earliest years. After performing around the local area for about a year, Black Sabbath caught the attention of Philips Records and signed with the label in 1969. The song “Evil Woman” was among the earliest to be released, and although it didn’t fare as well as the band and label had hoped, they put all their focus into a strong album debut.

Black Sabbath released its self-titled debut album in 1970, and it immediately rose into the top ten on the UK charts, then into the top twenty on the US charts. Eventually the album reached platinum status and set the stage for the band’s sophomore effort Paranoid, which was released later the same year to equally successful results. Black Sabbath released the albums: Black Sabbath Vol 4 (1972), Sabbath Bloody Sabbath (1973), Sabotage (1975), Technical Ecstasy (1976), and Never Say Die! (1978), before Ozzy Osborne left the band in 1979. He was replaced by Ronnie James Dio, who has served as Black Sabbath’s front man since. With Ronnie, Black Sabbath would go on to release: Heaven and Hell (1980), Mob Rules (1981), Born Again (1983), Seventh Star (1986), The Eternal Idol (1987), Headless Cross (1989), Tyr (1990), Dehumanizer (1992), Cross Purposes (1994), and Forbidden (1995), before disbanded for the millennium’s first decade.

Rumblings of a reunion began in 2010, largely encouraged by Osbourne, and in 2012 Black Sabbath performed for the first time since 2005 at the O2 Academy in England.  The performance led to a full-scale reunion, and Black Sabbath released their first album in nearly twenty years, 13, in 2013. The album features the songs “God Is Dead?” and “End of the Beginning,” the latter of which was featured on an episode of CSI: Crime Scene Investigation. As an added bonus, the member of Black Sabbath also appeared in the episode.

Black Sabbath now continues to perform with the lineup of Tony Iommi, Ozzy Osbourne, and Geezer Butler. The band has so far in its career sold more than seventy million records and is ranked by Rolling Stone as among the Greatest Artists of All Time. Recently, Black Sabbath announced plans for an upcoming tour in 2014, and future album releases in the coming years as well.

For more information on booking Black Sabbath, please contact Booking Entertainment. One of our top booking agents will be happy to work on your behalf to get you the best possible price to book any big name entertainer for your upcoming public, private or corporate event worldwide.

Booking Entertainment works to get the best possible Black Sabbath booking fee and Black Sabbath price for our clients while also providing the celebrity or famous entertainer with the level of professionalism and industry norms that they expect from an event run by a professional booking agency and production management.

Booking Entertainment uses our agency / management relationships and over 25 years of production experience to help buyers of headline / top name entertainers and does not claim or represent itself as the exclusive Black Sabbath agent, manager or management company for any of the artists on our site.

Booking Entertainment does not claim or represent itself as the exclusive booking agency, business manager, publicist, speakers bureau or management for Black Sabbath or any artists or celebrities on this website.