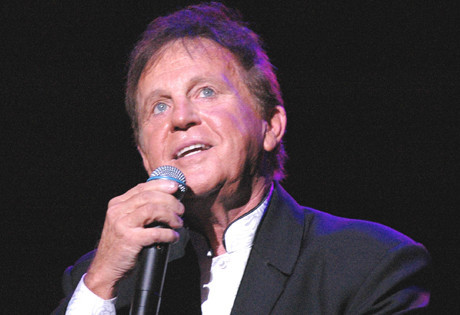 Start by filling out our no-obligation entertainment request form to check pricing and availability for Boz Scaggs or whoever else you may want.

Our Boz Scaggs agent will be happy to help you get Boz Scaggs's availability and booking fee, or the price and availability for any other A-List entertainer, band, comedian or celebrity you may want for your corporate event, private party, wedding, birthday party or public show.

Singer/songwriter Boz Scaggs, best known as a member of the Steve Miller Band, was born William Royce Scaggs in Canton, Ohio in 1944. As a child, he lived first in Oklahoma and then Texas, where he picked up his nickname Boz. He encountered Steve Miller when he was still in school, and having already learned the guitar, Scaggs paired up with Miller as a musical duo.

Later, as a young man, Boz Scaggs left for London and spent some time performing with such bands as Mother Earth and the Wigs, before recording his solo debut, Boz, in 1965. He returned to the United States, heading for San Francisco, and joined up with Steve Miller again in 1987. Scaggs joined Miller for the albums Children of the Future and Sailor, but shortly thereafter Boz signed a record deal as a solo artist, and his second album, Boz Scaggs, was released in 1969.

The 1970’s brought Boz Scaggs his greatest success as a solo artist. Moments, released in 1971, was followed by My Time in 1972 and Slow Dancer in 1974, but it was Silk Degrees (1976) which reached the top of the charts and gave audiences the hit singles “Lowdown” and “ Lido Shuffle.” Down Two Then Left (1977) and Middle Man (1980) were equally successful, spawning the singles “Jo Jo” and “Breakdown Dead Ahead.” Scaggs embarked on a hiatus for most of the 1980’s, but returned in 1988 with Other Roads. Some Change followed in 1994, and Come on Home and My Time: The Anthology after that in 1997.  In 2003, Boz Scaggs explored his love of jazz with his album But Beautiful.

When not growing grapes and producing wine with his family in California’s Napa Valley, Boz Scaggs hits the stage for regular tours, nearly every summer. Scaggs maintains a steady fan base which continues to support his live performances, and in 2010, he enjoyed a highly successful tour as a member of The Dukes of September Rhythm Review, with Michael McDonald and Donald Fagen. He toured again in 2014 and 2015, in support of his latest album, A Fool to Care (2015), which rose to the number fifty-four spot on the mainstream charts.

For more information on booking Boz Scaggs, please contact Booking Entertainment. One of our top booking agents will be happy to work on your behalf to get you the best possible price to book any big name entertainer for your upcoming public, private or corporate event worldwide.

Booking Entertainment works to get the best possible Boz Scaggs booking fee and Boz Scaggs price for our clients while also providing the celebrity or famous entertainer with the level of professionalism and industry norms that they expect from an event run by a professional booking agency and production management.

Booking Entertainment uses our agency / management relationships and over 25 years of production experience to help buyers of headline / top name entertainers and does not claim or represent itself as the exclusive Boz Scaggs agent, manager or management company for any of the artists on our site.

Booking Entertainment does not claim or represent itself as the exclusive booking agency, business manager, publicist, speakers bureau or management for Boz Scaggs or any artists or celebrities on this website.