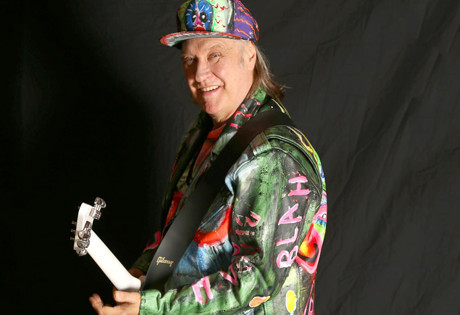 Start by filling out our no-obligation entertainment request form to check pricing and availability for Dave Davies or whoever else you may want.

Our Dave Davies agent will be happy to help you get Dave Davies's availability and booking fee, or the price and availability for any other A-List entertainer, band, comedian or celebrity you may want for your corporate event, private party, wedding, birthday party or public show.

Musician Dave Davies was born in 1947 in the Fortis Green area of London. Long before Davies rose to fame in his role as the lead guitarist for the band the Kinks, he grew up in a large family of eight children. Influenced by his parents’ love of music, Dave embraced the guitar, piano, and other instruments as he developed his talents throughout the years. By the time he was a young teen, it was clear that the guitar would likely become his instrument of choice, although Dave grew up to become a talented multi-instrumentalist.

In the early 1960’s, Dave Davies founded the band the Kinks alongside his brother Ray. The two brought Pete Quaife into the fold to make the group a trio, and then Mick Avory on drums to create a quartet. Thanks to Davies’s unique talent, the Kinks signature sound featured a distorted power chord which appeared on the group’s first big hit, “You Really Got Me.” In the early years of the group’s inception, Davies and the Kinks toured extensively, establishing a growing fan base in local areas and eventually garnering major label interest.

The Kinks’ debut album, You Really Got Me, rose into the top five on the U.K. charts and also garnered international success upon its release in 1964. For the next four decades, the Kinks would give music some of its most memorable hits, including the chart-topping singles: “You Really Got Me,” “All Day and All of the Night,” “Tired of Waiting for You,” “Sunny Afternoon,” “Waterloo Sunset,” “Lola,” “Destroyer,” and “Death of a Clown,” which rose to the number three spot on the UK charts and established Dave Davies’s solo career. As a solo artist, Dave Davies has released the albums: Dave Davies (1980), Glamour (1981), Chosen People (1983), Bug (2002), Fractured Mindz (2007) and I Will Be Me (2013.) Additional singles from Davies include: “Susannah’s Still Alive,” “Lincoln County,” and “Hold My Hand.”

Dave Davies was ranked by Rolling Stone as one of the 100 Greatest Guitarists of All Time in 2003. Davies continues to perform and record as a solo musician, but he also recently reunited with the Kinks to celebrate the fiftieth anniversary of the group. The Kinks performed on the Tonight Show with Jimmy Fallon in 2014 to commemorate the event, making the performance one of the highest rated in the show’s history. Davies’s most recent album, Rippin’ Up Time, was also released in 2014.

For more information on booking Dave Davies, please contact Booking Entertainment. One of our top booking agents will be happy to work on your behalf to get you the best possible price to book any big name entertainer for your upcoming public, private or corporate event worldwide.

Booking Entertainment works to get the best possible Dave Davies booking fee and Dave Davies price for our clients while also providing the celebrity or famous entertainer with the level of professionalism and industry norms that they expect from an event run by a professional booking agency and production management.

Booking Entertainment uses our agency / management relationships and over 25 years of production experience to help buyers of headline / top name entertainers and does not claim or represent itself as the exclusive Dave Davies agent, manager or management company for any of the artists on our site.

Booking Entertainment does not claim or represent itself as the exclusive booking agency, business manager, publicist, speakers bureau or management for Dave Davies or any artists or celebrities on this website.