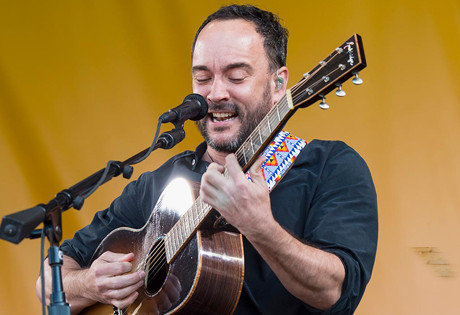 Start by filling out our no-obligation entertainment request form to check pricing and availability for Dave Matthews Band or whoever else you may want.

The Dave Matthews Band was established in 1991 in Charlottesville, Virginia by founding member and front man Dave Matthews, alongside fellow musicians LeRoi Moore, Carter Beauford, and Stefan Lessard. Matthews and Beauford met in 1990 when Dave was looking for a drummer for his first demo reels. After teaming up, the duo brought Moore into the mix, and the trio entered the studio to begin work on Dave Matthews’s songs.

The Dave Matthews Band initially self-released its debut, Remember Two Things. The album become one of the highest charting independent albums on the college charts, and extensive touring helped the band to establish a growing and dedicated fan base. It also garnered the attention of RCA Records, which signed The Dave Matthews Band to its label and re-released the album a few years later. But it was the album Under the Table and Dreaming, released in 1994, which became the band’s mainstream breakthrough, spawning the hit singles “Satellite” and “What Would You Say.” The follow-up, Crash, was even more successful, earning the Dave Matthews Band a Grammy Award for Best Rock Performance by a Duo or Group with Vocals for the single “So Much To Say.”

Crash also spawned the additional hit singles “Crash into Me,” and “Too Much,” and set the stage for the band’s growing popularity, which has only increased in the new millennium. Since Crash, The Dave Matthews Band has released the additional albums: Before These Crowded Streets (1998), Everyday (2001), Busted Stuff (2002), Stand Up (2005), Big Whiskey & the GrooGrux King (2009), and Away from the World (2012.) Additional hit singles from the band include: “Don’t Drink the Water,” “Stay (Wasting Time),” “Crush,” “I Did It,” “The Space Between,” and “American Baby.”

The Dave Matthews Band has so far sold over thirty million records worldwide, and has been recognized with fourteen Grammy Award nominations with one win for “So Much to Say,” and three American Music Award nominations. The group is also known for its philanthropic contributions, which total nearly ten million dollars to various need-based organizations benefiting the environment; arts and humanities education; disadvantaged and impoverished youth; and disabled persons.

The Dave Matthews Band continues to perform and record. The band recently completed their twenty-fifth anniversary tour in 2016, and will be taking the year 2017 off from touring. The band’s next studio album is expected in the coming years.

For more information on booking Dave Matthews Band, please contact Booking Entertainment. One of our top booking agents will be happy to work on your behalf to get you the best possible price to book any big name entertainer for your upcoming public, private or corporate event worldwide.

Booking Entertainment works to get the best possible Dave Matthews Band booking fee and Dave Matthews Band price for our clients while also providing the celebrity or famous entertainer with the level of professionalism and industry norms that they expect from an event run by a professional booking agency and production management.

Booking Entertainment uses our agency / management relationships and over 25 years of production experience to help buyers of headline / top name entertainers and does not claim or represent itself as the exclusive Dave Matthews Band agent, manager or management company for any of the artists on our site.

Booking Entertainment does not claim or represent itself as the exclusive booking agency, business manager, publicist, speakers bureau or management for Dave Matthews Band or any artists or celebrities on this website.