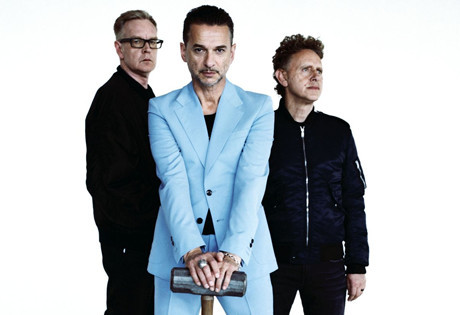 Start by filling out our no-obligation entertainment request form to check pricing and availability for Depeche Mode or whoever else you may want.

Our Depeche Mode agent will be happy to help you get Depeche Mode's availability and booking fee, or the price and availability for any other A-List entertainer, band, comedian or celebrity you may want for your corporate event, private party, wedding, birthday party or public show.

Depeche Mode began in 1976, when Andrew Fletcher and Vince Clark created the band No Romance in China. Within three years, the group had disbanded. A series of other incarnations under different names eventually led to the addition of David Gahan on vocals, and in 1980, Depeche Mode was born. The group added a strong synthesizer, techno sound to their music and established a following on the club scene in London.

After a few moderately successful singles, Depeche Mode released Speak and Spell, their debut album, in 1981.  A Broken Frame came next in 1982, followed by Construction Time Again (1983), but it was Some Great Reward (1984), which became the big breakthrough for Depeche Mode. The album featured the breakthrough hit “People are People,” which hit the top of the charts worldwide, and paved the way for future success on subsequent albums: Black Celebration (1986), Music for the Masses (1987), Violator (1990), Songs of Faith and Devotion (1993), and Ultra (1997), with the collective hits “Strangelove,” "Policy of Truth," "Enjoy the Silence," "Personal Jesus," ??"Barrel of a Gun," and "It's No Good."

In the new millennium, Depeche Mode continued its successful trend, with the releases Exciter (2001), Playing the Angel (2005), and Sounds of the Universe (2009), featuring the hits "Dream On,” "I Feel Loved,” "Precious," and "John (The Revelator.)"

Depeche Mode continues to perform and record with all three original members (Fletcher, Gore, and Gahan.) The band has been recognized as the 10th most successful dance club artist of all time by Billboard Magazine, and received their first nomination for induction into the Rock and Roll Hall of Fame in 2018. The band’s latest album, Spirit, was released in 2017 and accompanied by an extensive worldwide tour that lasted well into 2018.

For more information on booking Depeche Mode, please contact Booking Entertainment. One of our top booking agents will be happy to work on your behalf to get you the best possible price to book any big name entertainer for your upcoming public, private or corporate event worldwide.

Booking Entertainment works to get the best possible Depeche Mode booking fee and Depeche Mode price for our clients while also providing the celebrity or famous entertainer with the level of professionalism and industry norms that they expect from an event run by a professional booking agency and production management.

Booking Entertainment uses our agency / management relationships and over 25 years of production experience to help buyers of headline / top name entertainers and does not claim or represent itself as the exclusive Depeche Mode agent, manager or management company for any of the artists on our site.

Booking Entertainment does not claim or represent itself as the exclusive booking agency, business manager, publicist, speakers bureau or management for Depeche Mode or any artists or celebrities on this website.