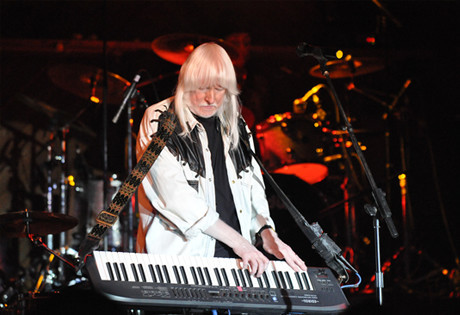 Start by filling out our no-obligation entertainment request form to check pricing and availability for Edgar Winter or whoever else you may want.

Our Edgar Winter agent will be happy to help you get Edgar Winter's availability and booking fee, or the price and availability for any other A-List entertainer, band, comedian or celebrity you may want for your corporate event, private party, wedding, birthday party or public show.

The rock and blues musician Edgar Holland Winter was born in 1946 in Beaumont, Texas. Edgar grew up studying various instruments and by the time he left his hometown in the sixties, he was already a very skilled musician who had gained a significant amount of exposure as a child prodigy.

Winter’s debut album, Entrance, was released in 1970 and was received to critical acclaim and commercial success. The album was followed by White Trash in the following year, which became Edgar Winter’s breakthrough album as a solo artist. In 1972, Edgar Winter formed the Edgar Winter Group, which burst onto the scene with They Only Come Out at Night. The album rose into the number three position on the mainstream charts and remained in the top five for a staggering eighty weeks.

Over the decades since, Edgar Winter has given audiences more than a dozen additional albums, including the hits Shock Treatment (1974) and Jasmine Nightdreams (1975.) The albums have spawned the top forty hits “Frankenstein,” “Free Ride,” and “River’s Risin.” Winter’s music has found its way into pop culture, appearing in such films as: Air America, Dazed and Confused, My Cousin Vinny, What’s Love Got to do With It, Wag the Dog, and Duets.

Most recently, Edgar Winter played with Ringo Starr as part of his All-Starr Band between 2006 and 2011. Edgar Winter continues to perform and record, and live DVD recordings of his performances in the last decade continue to delight fans around the globe.

For more information on booking Edgar Winter, please contact Booking Entertainment. One of our top booking agents will be happy to work on your behalf to get you the best possible price to book any big name entertainer for your upcoming public, private or corporate event worldwide.

Booking Entertainment works to get the best possible Edgar Winter booking fee and Edgar Winter price for our clients while also providing the celebrity or famous entertainer with the level of professionalism and industry norms that they expect from an event run by a professional booking agency and production management.

Booking Entertainment uses our agency / management relationships and over 25 years of production experience to help buyers of headline / top name entertainers and does not claim or represent itself as the exclusive Edgar Winter agent, manager or management company for any of the artists on our site.

Booking Entertainment does not claim or represent itself as the exclusive booking agency, business manager, publicist, speakers bureau or management for Edgar Winter or any artists or celebrities on this website.