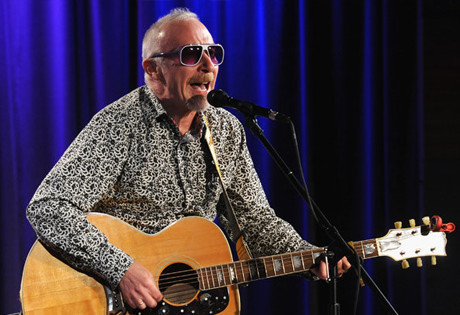 Start by filling out our no-obligation entertainment request form to check pricing and availability for Graham Parker or whoever else you may want.

Our Graham Parker agent will be happy to help you get Graham Parker's availability and booking fee, or the price and availability for any other A-List entertainer, band, comedian or celebrity you may want for your corporate event, private party, wedding, birthday party or public show.

The English musician and songwriter Graham Parker was born in 1950 in London. Long before Parker rose to fame as the front man for the band Graham Parker & the Rumour, he took an interest in music as a young teenager, forming his first band when he was only thirteen. After leaving school at the age of sixteen, Graham took a number of odd jobs until the early 1970’s, when he moved to Gibraltar.

While in Gibraltar, Parker joined the band Pegasus, which was traveling through Morocco, performing at various nightclubs. It was his first genuine foray into the music industry, but short-lived, and he returned to London to further study the guitar and form his own group. After teaming up with musicians Steve Goulding, Andrew Bodnar, Martin Belmont, Bob Andrews, and Brinsley Schwarz, Graham Parker formed Graham Parker and the Rumour. The rest, as they say, is history.

Graham Parker and the Rumour garnered enthusiasm right away, with their breakthrough album Howlin’ Wind (1976.) The group became known right away for Parker’s eccentric and high-energy performance style, a style which would go on to influence such notable musicians as Joe Jackson and Elvis Costello, and pave the way for the punk rock era to follow.  A number of successful albums followed, including: Heat Treatment (1976), Stick to Me (1977), Squeezing Out Sparks (1979), and The Up Escalator (1980.) Notable singles from Graham Parker and the Rumour include: “Hold Back the Night,” “Sweet on You,” and “Temporary Beauty.” Parker himself also had a number of solo albums released throughout the 1980’s, 1990’s and into the the new millennium, the most recent of which – Imaginary Television – arrived in 2010.

Graham Parker continues to perform and record, and in 2011, he reunited with his former Rumours members to record the album Three Chords Good. The album arrived in 2012, and shortly thereafter, Parker and the Rumour appeared in the film This is 40, performing as themselves.

For more information on booking Graham Parker, please contact Booking Entertainment. One of our top booking agents will be happy to work on your behalf to get you the best possible price to book any big name entertainer for your upcoming public, private or corporate event worldwide.

Booking Entertainment works to get the best possible Graham Parker booking fee and Graham Parker price for our clients while also providing the celebrity or famous entertainer with the level of professionalism and industry norms that they expect from an event run by a professional booking agency and production management.

Booking Entertainment uses our agency / management relationships and over 25 years of production experience to help buyers of headline / top name entertainers and does not claim or represent itself as the exclusive Graham Parker agent, manager or management company for any of the artists on our site.

Booking Entertainment does not claim or represent itself as the exclusive booking agency, business manager, publicist, speakers bureau or management for Graham Parker or any artists or celebrities on this website.