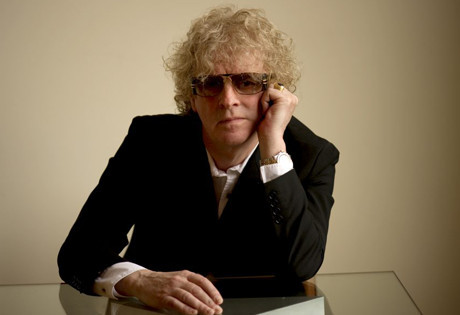 Start by filling out our no-obligation entertainment request form to check pricing and availability for Ian Hunter or whoever else you may want.

Our Ian Hunter agent will be happy to help you get Ian Hunter's availability and booking fee, or the price and availability for any other A-List entertainer, band, comedian or celebrity you may want for your corporate event, private party, wedding, birthday party or public show.

The English musician Ian Hunter was born in 1939 and grew up in Shrewsbury. Long before Hunter rose to fame as the front man for the rock band Mott the Hoople in the early 1970’s, he worked as a songwriter and musician. After a chance meeting with members of the Apex Group, Hunter moved to Northampton and joined the group as the band’s guitarist. He remained with the band only until the early 1960’s, but the experience was integral in setting the stage for his career to come.

In 1963, Ian Hunter formed Hurricane Henry and the Shriekers, with whom he remained until forming Matt the Hopple in 1968. Matt the Hopple was Hunter’s first genuine taste of success; the band became a critical and commercial success in the UK, giving audiences such notable albums as: Mad Shadows (1970), Wildlife (1971), All The Young Dudes (1972), Mott (1973), and The Hopple (1974), featuring singles such as “The Golden Age of Rock ‘n’ Roll,” “One of the Boys,” “All the Young Dudes.”

Matt the Hopple disbanded in 1975, at which time Ian Hunter launched a solo career, with a self-titled debut album. The album featured the hit single “Once Bitten Twice Shy,” which would later go on to be recorded by Great White and become a smash hit in the 1980’s. Since Ian Hunter’s debut, he has released over twenty solo albums, the most recent of which is When I’m President, recorded with the Rant Band and released in 2012.

Ian Hunter recently reunited with three other members of Matt the Hopple; the group launched a reunion tour in 2012, and another in 2013. Now in his mid 70’s, Ian Hunter continues to perform and record, both as a solo artist and as a member of Matt the Hopple.

For more information on booking Ian Hunter, please contact Booking Entertainment. One of our top booking agents will be happy to work on your behalf to get you the best possible price to book any big name entertainer for your upcoming public, private or corporate event worldwide.

Booking Entertainment works to get the best possible Ian Hunter booking fee and Ian Hunter price for our clients while also providing the celebrity or famous entertainer with the level of professionalism and industry norms that they expect from an event run by a professional booking agency and production management.

Booking Entertainment uses our agency / management relationships and over 25 years of production experience to help buyers of headline / top name entertainers and does not claim or represent itself as the exclusive Ian Hunter agent, manager or management company for any of the artists on our site.

Booking Entertainment does not claim or represent itself as the exclusive booking agency, business manager, publicist, speakers bureau or management for Ian Hunter or any artists or celebrities on this website.