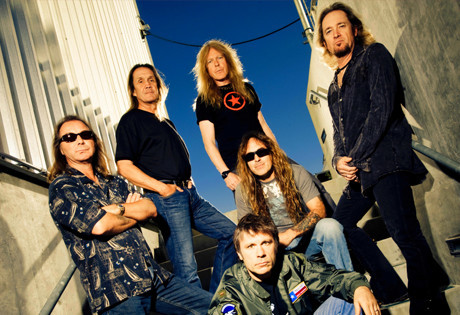 Start by filling out our no-obligation entertainment request form to check pricing and availability for Iron Maiden or whoever else you may want.

Our Iron Maiden agent will be happy to help you get Iron Maiden's availability and booking fee, or the price and availability for any other A-List entertainer, band, comedian or celebrity you may want for your corporate event, private party, wedding, birthday party or public show.

One of the first bands to earn the label “British metal,” Iron Maiden came together in 1976 when Steve Harris, Tony Parsons, Doug Sampson, and Paul Di'Anno came together. They performed around the London area, establishing a fan base and earning some airplay. Shortly before releasing their debut album, Iron Maiden, in 1980, Parsons left the group. He was replaced by Dennis Stratton.

Iron Maiden provided the group with their first hit, “Running Free,” and the follow up album, Killers (1981), fared equally well. Shortly after, Adrian Smith and Bruce Dickinson were brought on board to replace Stratton and Di’Anno, and the band released their groundbreaking album, Number of the Beast. The album is viewed today as one of the greatest in its genre.

Iron Maiden continues to write, record, tour, and perform with the current lineup of Harris, Dave Murray, Adrian Smith, Bruce Dickinson, Nicko McBrain, and Janick Gers. The group’s latest album, The Book of Souls, was released in 2015, and a live album, The Book of Souls: Live Chapter, arrived a few years later, in November of 2017.

For more information on booking Iron Maiden, please contact Booking Entertainment. One of our top booking agents will be happy to work on your behalf to get you the best possible price to book any big name entertainer for your upcoming public, private or corporate event worldwide.

Booking Entertainment works to get the best possible Iron Maiden booking fee and Iron Maiden price for our clients while also providing the celebrity or famous entertainer with the level of professionalism and industry norms that they expect from an event run by a professional booking agency and production management.

Booking Entertainment uses our agency / management relationships and over 25 years of production experience to help buyers of headline / top name entertainers and does not claim or represent itself as the exclusive Iron Maiden agent, manager or management company for any of the artists on our site.

Booking Entertainment does not claim or represent itself as the exclusive booking agency, business manager, publicist, speakers bureau or management for Iron Maiden or any artists or celebrities on this website.