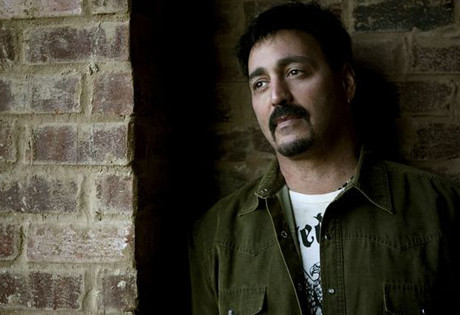 Start by filling out our no-obligation entertainment request form to check pricing and availability for John Elefante or whoever else you may want.

Our John Elefante agent will be happy to help you get John Elefante's availability and booking fee, or the price and availability for any other A-List entertainer, band, comedian or celebrity you may want for your corporate event, private party, wedding, birthday party or public show.

John Elefante, best known as the lead singer of the band Kansas in the early 1980’s, was born in 1958 in Levittown, New York. John began studying music early on, learning to play drums and perfect his vocals. In 1981, he joined the band Kansas and remained with them until 1984. During his years with the band, Elefante not only performed as front man, but also penned some of the band’s most notable singles, and also found a passion for producing s well as performing.

Elefante’s foray into production was for the band Sweet Comfort Band in 1984, and then with the band Petra. The album Back to the Street brought Elefante his first Grammy nomination, as producer. By the time he’d reached the end of the decade, John had served as producer on five albums, and he went into the next decade with a reputation putting him in high demand as a producer. He has remained an active and well-respected producer ever since.

In the 1990’s, John also established the band Mastodons with his brother, releasing their debut album It’s a Jungle Out There! at the turn of the decade. The album Lofcaudio followed, and John and Dino built their own recording studio in Nashville and founded their own label with distribution through A&M Records. During this time, Elefante also gave audiences the albums Windows of Heaven (1995), Corridors (1997), and Defying Gravity (1999) all solo endeavors.

In the new millennium, Elefante has continued to serve as a renowned producer, helping to see more than one hundred albums to fruition. He has earned a GMA Dove Award for writing the song “Destiny” in 1993, and a Grammy Award for his work as producer on Petra’s album Double Take (2000.) John Elefante’s most recent solo release, On My Way to the Sun, arrived in 2013. He continues to perform, record, and produce.

For more information on booking John Elefante, please contact Booking Entertainment. One of our top booking agents will be happy to work on your behalf to get you the best possible price to book any big name entertainer for your upcoming public, private or corporate event worldwide.

Booking Entertainment works to get the best possible John Elefante booking fee and John Elefante price for our clients while also providing the celebrity or famous entertainer with the level of professionalism and industry norms that they expect from an event run by a professional booking agency and production management.

Booking Entertainment uses our agency / management relationships and over 25 years of production experience to help buyers of headline / top name entertainers and does not claim or represent itself as the exclusive John Elefante agent, manager or management company for any of the artists on our site.

Booking Entertainment does not claim or represent itself as the exclusive booking agency, business manager, publicist, speakers bureau or management for John Elefante or any artists or celebrities on this website.