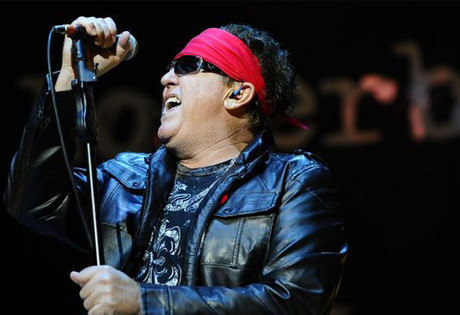 Start by filling out our no-obligation entertainment request form to check pricing and availability for Loverboy or whoever else you may want.

Our Loverboy agent will be happy to help you get Loverboy's availability and booking fee, or the price and availability for any other A-List entertainer, band, comedian or celebrity you may want for your corporate event, private party, wedding, birthday party or public show.

Throughout the 1980's, Loverboy gave audiences four multi-platinum albums and hit after hit of party songs. Matt Frenette, Scott Smith, Paul Dean, Doug Johnson, and Mike Reno, with his powerful vocals, became known for an electric presence onstage that sold out arenas and stadiums nationwide. In the age of MTV, Loverboy was primed and ready to rise to stardom.

Loverboy began in Calgary, Canada, when Paul and Mike met at a local night club. The two began writing songs together and, with the inclusion of Doug, Matt, and Scott, Loverboy was quickly born. In 1980, the band recorded their self-titled debut album, and it immediately rocketed to success, selling over 700,000 albums in Canada (and breaking sales records for a debut album.) The United States released the album immediately after, and by 1981, Loverboy had gone gold. Eventually, it would go on to sell more than two million in the states and four million worldwide.

Loverboy's second album, Get Lucky, was released in 1981, and featured the hits "Working for the Weekend," "Take Me to the Top," and "Only the Lucky Ones." Loverbody found themselves opening for Kansas, Def Leppard, Cheap Trick, Journey, and other megastars of the decade. Loverboy's third album, Keep it Up, released in 1983, launched an extensive eight-month tour for the band. Lovin' Every Minute of It followed, and Loverboy found themselves to be one of the top five touring acts for the year, hitting more than one hundred cities in US and Canada.

"Heaven in Your Eyes," recorded for Top Gun, was released in 1986 and the single went straight to the top of the charts. Wildside, in 1987, became Loverboy's last studio album of the decade, and the band shortly thereafter took a break. Loverboy reunited in 1992 to join Bon Jovi and Bryan Adams for a charity fundraiser, and the success of the performance led to a comeback for Loverboy. They began touring again, and included sixty-four concert dates in the United States the following year. A greatest hits album, titled Classics, followed, and Loverboy continued to tour with old friends such as Night Ranger and REO Speedwagon throughout the rest of the 1990's.

They have continued to tour and perform into the new millennium, and even announced a new album, Rock'n'Roll Revival for 2012.

For more information on booking Loverboy, please contact Booking Entertainment. One of our top booking agents will be happy to work on your behalf to get you the best possible price to book any big name entertainer for your upcoming public, private or corporate event worldwide.

Booking Entertainment works to get the best possible Loverboy booking fee and Loverboy price for our clients while also providing the celebrity or famous entertainer with the level of professionalism and industry norms that they expect from an event run by a professional booking agency and production management.

Booking Entertainment uses our agency / management relationships and over 25 years of production experience to help buyers of headline / top name entertainers and does not claim or represent itself as the exclusive Loverboy agent, manager or management company for any of the artists on our site.

Booking Entertainment does not claim or represent itself as the exclusive booking agency, business manager, publicist, speakers bureau or management for Loverboy or any artists or celebrities on this website.