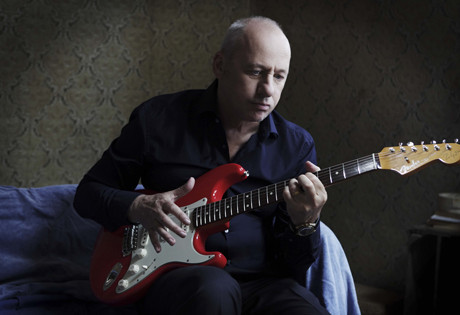 Start by filling out our no-obligation entertainment request form to check pricing and availability for Mark Knopfler or whoever else you may want.

Our Mark Knopfler agent will be happy to help you get Mark Knopfler's availability and booking fee, or the price and availability for any other A-List entertainer, band, comedian or celebrity you may want for your corporate event, private party, wedding, birthday party or public show.

Musician and composer Mark Knopfler was born in 1949 in Glasgow, Scotland. When he was seven years old, his family relocated to Northumberland, where the young Mark found himself inspired by his uncle’s musicianship, which included the piano and harmonica. Mark opted to study guitar, and by the 1960’s, he’d formed a number of bands with his classmates before starting his university studies.

While studying English at the University of Leeds, Mark Knopfler recorded his first demo, and immediately after graduating in 1973, he moved to London and joined a local band. An evening of experimenting with fingerpicking on guitar led Mark Knopfler to discover his unique guitar style, one that would carry him through the rest of his career. By the mid 1970’s, Knopfler had established his first career-oriented band, the Café Racers, and in 1977, he formed the band which would launch him to superstardom – Dire Straits.

With Dire Straits, Mark Knopfler enjoyed tremendous success with the hit albums Dire Straits (1978), Communique (1979), Making Movies (1980), Love over Gold (1982), Brothers in Arms (1985), and On Every Street (1991), which brought the hits “ Romeo and Juliet,” “Sultans of Swing,” “Money for Nothing,” “Walk of Life,” and “Private Investigations.” After Dire Straits disbanded in 1995, Mark Knopfler launched a solo career which included not only his own solo albums but also a host of compositions for film.

Today, Knopfler is ranked at the top of Rolling Stone’s 100 Greatest Guitarists of All Time, and in combination with his albums with Dire Straits, Knopfler has sold thus far more than one hundred million albums. Knopfler continues to perform and record; he recently re-entered the studio to prepare for his next album, scheduled for release in 2018.

For more information on booking Mark Knopfler, please contact Booking Entertainment. One of our top booking agents will be happy to work on your behalf to get you the best possible price to book any big name entertainer for your upcoming public, private or corporate event worldwide.

Booking Entertainment works to get the best possible Mark Knopfler booking fee and Mark Knopfler price for our clients while also providing the celebrity or famous entertainer with the level of professionalism and industry norms that they expect from an event run by a professional booking agency and production management.

Booking Entertainment uses our agency / management relationships and over 25 years of production experience to help buyers of headline / top name entertainers and does not claim or represent itself as the exclusive Mark Knopfler agent, manager or management company for any of the artists on our site.

Booking Entertainment does not claim or represent itself as the exclusive booking agency, business manager, publicist, speakers bureau or management for Mark Knopfler or any artists or celebrities on this website.