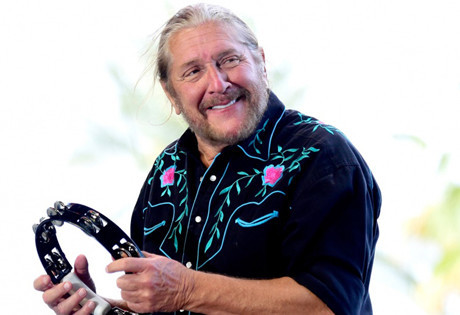 Start by filling out our no-obligation entertainment request form to check pricing and availability for Marshall Tucker Band or whoever else you may want.

The Marshall Tucker Band formed in 1972 when South Carolina musicians Toy Caldwell, Doug Gray, Jerry Eubanks, George McCorkle, Paul Riddle, and Tommy Caldwell came together and released their self-titled debut album. The members had previously been performing around Spartanburg in separate bands for nearly a decade before joining forces, and two members even opened up for the Allman Brothers during one of their performances around this time.

Five years later, in 1988, Eubanks and Gray returned to the studio, adding Rusty Milner, Stuart Swanlund, and Tim Lawter to the lineup. They released the album Still Holdin' On, and then a few years later, Southern Spirit, bringing the band back to its blues roots. By 1992, the newly formed Marshall Tucker Band had released Still Smokin’ and then Walk Outside the Lines (1993), and established a genuine resurgence in popularity. Face Down in the Blues (1998) added additional musicians, including David Muse, who replaced Jerry Eubanks, and Gospel (1999) brought fans new interpretations of traditional songs.

In the new millennium, the Marshall Tucker Band has released multiple albums, including Beyond the Horizon in 2004. In 2008, the film Swing Vote featured the song “Can’t You See” and “Take the Highway,” bringing their old classics to a new generation of fans. Two live albums—Way Out West! Live From San Francisco and Live! From Spartanburg, South Carolina—arrived in 2010 and 2013, respectively. The Marshall Tucker Band continues to record and perform, sometimes enjoying up to 200 shows a year.

For more information on booking Marshall Tucker Band, please contact Booking Entertainment. One of our top booking agents will be happy to work on your behalf to get you the best possible price to book any big name entertainer for your upcoming public, private or corporate event worldwide.

Booking Entertainment uses our agency / management relationships and over 25 years of production experience to help buyers of headline / top name entertainers and does not claim or represent itself as the exclusive Marshall Tucker Band agent, manager or management company for any of the artists on our site.

Booking Entertainment does not claim or represent itself as the exclusive booking agency, business manager, publicist, speakers bureau or management for Marshall Tucker Band or any artists or celebrities on this website.