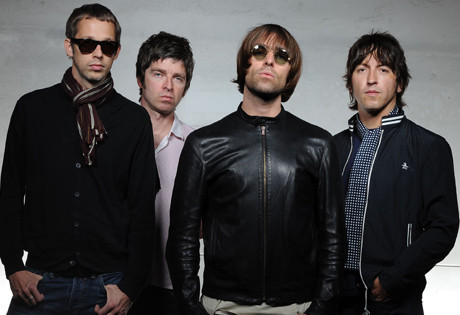 Start by filling out our no-obligation entertainment request form to check pricing and availability for Oasis or whoever else you may want.

Our Oasis agent will be happy to help you get Oasis's availability and booking fee, or the price and availability for any other A-List entertainer, band, comedian or celebrity you may want for your corporate event, private party, wedding, birthday party or public show.

The English rock band Oasis was established in Manchester in 1991 by founding members Tony McCarroll, Paul McGuigan, Paul Arthurs, and Liam Gallagher. Three of Oasis’s founding members had been part of the band Rain, but after regrouping their lineup, the band name was changed to Oasis and taken in a new direction.

Oasis signed with Sony Records in 1993 and released its debut album, Definitely Maybe, in 1994. The album was an enormous success in the UK, rising to the number one spot and earning the band a Best British Newcomer Brit Award, but it was Oasis’s second album, (What’s the Story) Morning Glory?, that became the band’s big breakthrough, rising to the number one spot internationally and reaching into the top five on the mainstream charts in the United States. The next album, Be Here Now, fared even better, reaching number one in six countries and number two in the United States, and spawning the hit singles “Wonderwall.”

Standing on the shoulder of Giants (2000), heathen Chemistry (2002), Don’t Believe the Truth (2005), and Dig Out Your Soul (2008.) Notable singles from Oasis include: “Don’t Look Back in Anger,” “Champagne Supernova,” “D’You Know What I Mean?,” “Stand By Me,” “All Around the World,” “Go Let It Out,” “Sunday Morning Call,” “The Hindu Times,” “Songbird,” and “Lyla.” Collectively, the albums and singles brought Oasis five more Brit Awards and three Grammy nominations, in addition to dozens of other nominations from various industry award programs.

Although Oasis has not released a new album since 2008, the band was recently the focus of the feature documentary Oasis: Supersonic, which premiered in 2016. The documentary features personal and behind the scenes footage which chronicles the rise of the band and its lasting impact.

For more information on booking Oasis, please contact Booking Entertainment. One of our top booking agents will be happy to work on your behalf to get you the best possible price to book any big name entertainer for your upcoming public, private or corporate event worldwide.

Booking Entertainment works to get the best possible Oasis booking fee and Oasis price for our clients while also providing the celebrity or famous entertainer with the level of professionalism and industry norms that they expect from an event run by a professional booking agency and production management.

Booking Entertainment uses our agency / management relationships and over 25 years of production experience to help buyers of headline / top name entertainers and does not claim or represent itself as the exclusive Oasis agent, manager or management company for any of the artists on our site.

Booking Entertainment does not claim or represent itself as the exclusive booking agency, business manager, publicist, speakers bureau or management for Oasis or any artists or celebrities on this website.