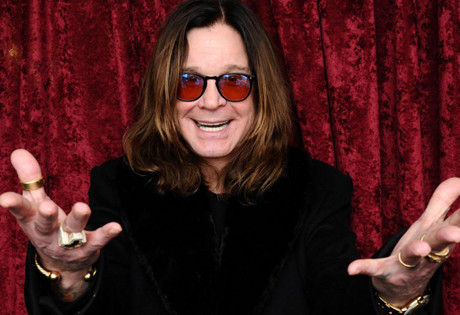 Start by filling out our no-obligation entertainment request form to check pricing and availability for Ozzy Osbourne or whoever else you may want.

Our Ozzy Osbourne agent will be happy to help you get Ozzy Osbourne's availability and booking fee, or the price and availability for any other A-List entertainer, band, comedian or celebrity you may want for your corporate event, private party, wedding, birthday party or public show.

Legendary heavy metal artist Ozzy Osbourne was born John Michael Osbourne in 1948 in Aston, Birmingham, England. Osbourne grew up in a working class household, and he struggled in school with a variety of learning disabilities. He found his outlet in live performance, at first appearing in a number of school plays. After leaving school at the age of fifteen, Ozzy struggled to find work at various jobs, until he was recruited by Geezer Butler to join the band Rare Breed in 1967.

The band lasted mere months, but it set the stage for a series of other opportunities to collaborate with other musicians, which would eventually result in the formation of Black Sabbath in 1969. The band released its debut album, Paranoid, in 1970, but it was the follow-up album, Master of Reality, which put Black Sabbath on the map and launched Ozzy Osbourne’s career as the front man for one of the era’s most significant heavy metal groups. Osbourne stayed with Black Sabbath until 1980, at which time he launched a solo career with the album Blizzard of Ozz. The album reached multi-platinum status despite a lack of any chart-topping singles, and launched a solo career for Ozzy which would last well into the new millennium.

Although he continues to perform and record, in recent years, Ozzy Osbourne has become even more of a pop culture icon and television personality. The reality show The Osbournes, which followed the life of Ozzy, his wife Sharon, and their two children Jack and Kelly, aired on MTV in 2002 and become one of the network’s most successful series. The show was cancelled in 2005, but is still considered to be a classic reality series and ultimately The Osbournes turned all members of the family into highly recognizable celebrities.

Most recently, Ozzy Osbourne reunited with Black Sabbath to record the album 13, which was released in 2013. Known today as the “Godfather of Heavy Metal,” Osbourne has been inducted into the Rock and Roll Hall of Fame and has his own star on the Hollywood Walk of Fame.

For more information on booking Ozzy Osbourne, please contact Booking Entertainment. One of our top booking agents will be happy to work on your behalf to get you the best possible price to book any big name entertainer for your upcoming public, private or corporate event worldwide.

Booking Entertainment works to get the best possible Ozzy Osbourne booking fee and Ozzy Osbourne price for our clients while also providing the celebrity or famous entertainer with the level of professionalism and industry norms that they expect from an event run by a professional booking agency and production management.

Booking Entertainment uses our agency / management relationships and over 25 years of production experience to help buyers of headline / top name entertainers and does not claim or represent itself as the exclusive Ozzy Osbourne agent, manager or management company for any of the artists on our site.

Booking Entertainment does not claim or represent itself as the exclusive booking agency, business manager, publicist, speakers bureau or management for Ozzy Osbourne or any artists or celebrities on this website.