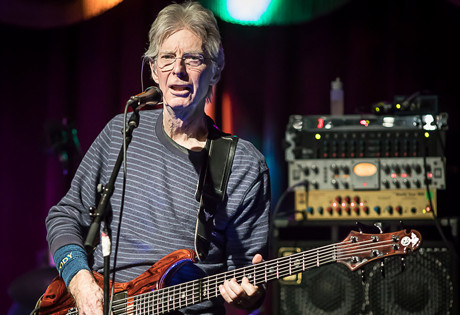 Start by filling out our no-obligation entertainment request form to check pricing and availability for Phil Lesh or whoever else you may want.

Our Phil Lesh agent will be happy to help you get Phil Lesh's availability and booking fee, or the price and availability for any other A-List entertainer, band, comedian or celebrity you may want for your corporate event, private party, wedding, birthday party or public show.

Phil Lesh was born in 1940 in Berkeley, California. As a young man, he studied jazz, classical music, and composition while attending Mills College. He began as a violin player, but eventually switched to trumpet and then ultimately to guitar. He met Jerry Garcia while volunteering as a recording engineer, and in 1965, he and Garcia joined forces to create the Grateful Dead. Lesh spent the next thirty years of his life as the band's bass guitarist.

After Garcia's death in 1995, Phil Lesh, Bob Weir, and Mickey Hart established the Other Ones, and in 1999, Lesh began touring as a solo act following the release of his debut, Love Will See You Through. There and Back Again followed in 2002, and Lesh began touring as Phil Lesh & Friends in the latter part of the millennium's first decade. In 2009, he and the remaining members of the Grateful Dead launched a successful reunion tour, but Phil Lesh continues to pursue other projects as well, including the recently established band Further, alongside Bob Weir. In 2012, Phil Lesh opened Terrapin Crossroads, a music venue, which would become the home for Phil Lesh & Friends performances.

In addition to his accomplishments in music, Phil Lesh and his wife run the Unbroken Chain Foundation, a charitable organization. Despite some health challenges, including a liver transplant, Phil Lesh continues to perform, tour, and record.

For more information on booking Phil Lesh, please contact Booking Entertainment. One of our top booking agents will be happy to work on your behalf to get you the best possible price to book any big name entertainer for your upcoming public, private or corporate event worldwide.

Booking Entertainment works to get the best possible Phil Lesh booking fee and Phil Lesh price for our clients while also providing the celebrity or famous entertainer with the level of professionalism and industry norms that they expect from an event run by a professional booking agency and production management.

Booking Entertainment uses our agency / management relationships and over 25 years of production experience to help buyers of headline / top name entertainers and does not claim or represent itself as the exclusive Phil Lesh agent, manager or management company for any of the artists on our site.

Booking Entertainment does not claim or represent itself as the exclusive booking agency, business manager, publicist, speakers bureau or management for Phil Lesh or any artists or celebrities on this website.