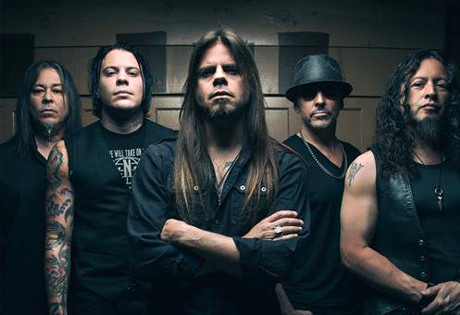 Start by filling out our no-obligation entertainment request form to check pricing and availability for Queensryche or whoever else you may want.

Our Queensryche agent will be happy to help you get Queensryche's availability and booking fee, or the price and availability for any other A-List entertainer, band, comedian or celebrity you may want for your corporate event, private party, wedding, birthday party or public show.

The heavy metal band Queensryche was established in the early 1980’s, but its beginnings go back to the 1970’s, when musicians Michael Wilton, Chris DeGarmo, Scott Rockenfield, and Eddie Jackson began performing around the Seattle area as members of a variety of different bands, often crossing paths with one another.

Eventually, Michael, Chris, Scott, and Eddie came together to form Queensryche, releasing their demo as a self-titled EP in 1983. Queensryche created quite a buzz, and after bringing in Geoff Tate as a lead singer, the band garnered the attention of EMI Records, signed with the label, and re-released their EP as a major-label debut. Queensryche rose into the Billboard charts, hitting the top 100, and the band embarked on a number of tours to further support their beginnings.

After returning, Queensryche returned to the studio to record The Warning, their first full-length work, which released in 1984. Rage for Order followed in 1986, and then Operation: Mindcrime (1988), but it was the album Empire (1990) which became a breakthrough hit for Queensryche.  The album rose into the top ten on the charts and reached multi-platinum status, spawning the hit single “Silent Lucidity,” which also became a first top ten for Queensryche. Since that time, Queensryche has released the albums: Promised Land (1994), Hear in the Now Frontier (1997), Q2K (1999), Tribe (2003), Operation: Mindcrime II (2006), Take Cover (2007), American Soldier (2009), and Dedicated to Chaos (2011.) The albums spawned the addition rock hits “Another Rainy Night (Without You),” “Anybody Listening?,” “Real World,” “I Am I,” “Bridge,” “Sign of the Times,” “You,” and “Breakdown.”

Queensryche has sold more than twenty million albums worldwide and earned three Grammy nominations thus far. Unrest within the group has recently resulted in a split for the band, with a version of Queensryche headed by Todd La Torre competing with a version of the band headed by Geoff Tate. Each band’s version has released a 2013 album with their current lineup (Queensryche and Frequency Unknown, respectively), and legal proceedings are underway to determine which band will be permitted to retain the title Queensryche in the future.

For more information on booking Queensryche, please contact Booking Entertainment. One of our top booking agents will be happy to work on your behalf to get you the best possible price to book any big name entertainer for your upcoming public, private or corporate event worldwide.

Booking Entertainment works to get the best possible Queensryche booking fee and Queensryche price for our clients while also providing the celebrity or famous entertainer with the level of professionalism and industry norms that they expect from an event run by a professional booking agency and production management.

Booking Entertainment uses our agency / management relationships and over 25 years of production experience to help buyers of headline / top name entertainers and does not claim or represent itself as the exclusive Queensryche agent, manager or management company for any of the artists on our site.

Booking Entertainment does not claim or represent itself as the exclusive booking agency, business manager, publicist, speakers bureau or management for Queensryche or any artists or celebrities on this website.