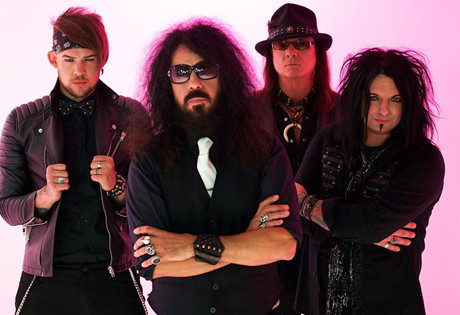 Start by filling out our no-obligation entertainment request form to check pricing and availability for Quiet Riot or whoever else you may want.

Our Quiet Riot agent will be happy to help you get Quiet Riot's availability and booking fee, or the price and availability for any other A-List entertainer, band, comedian or celebrity you may want for your corporate event, private party, wedding, birthday party or public show.

The heavy metal band known as Quiet Riot was among the most most popular groups in the genre throughout most of the 1980’s and into the 1990’s. Founded in the early 1970’s, Quiet Riot began its rise to fame as an opener for such notable bands as Van Halen before securing their first record deal with Sony in 1977. Shortly thereafter, the band’s debut album, Quiet Riot, was released, but their limited deal with the label lead to a release overseas instead of an album release in the United States, as they’d hoped for.

Shortly after Rehab was released, however, Quiet Riot suffered the tragic loss of their lead singer, Kevin Dubrow. The loss was a blow to the band, but after a few years, in 2010, Quiet Riot regrouped and established a new version of the band with the current lineup of Frankie Banali, Chuck Wright, Alex Grossi, and Scott Vokoun on lead vocals. Quiet Riot continues to perform, and there are talks of returning to the studio for another album release in the coming years.

In the meantime, the band’s legacy is notable; Quiet Riot’s music or references to its music appear in pop culture across a variety of mediums. The song “Band Your Head (Metal Health” currently appears in a variety of video games, including Grand Theft Auto and Guitar Hero. The band Ben Folds included a reference to Quiet Riot in their song “Rockin’ the Suburbs,” as did the Bangles in their song “Manic Monday.” The wrestler Necro Butcher also uses the song “Bang Your Head (Metal Health)” for his personal theme upon entering the ring.

For more information on booking Quiet Riot, please contact Booking Entertainment. One of our top booking agents will be happy to work on your behalf to get you the best possible price to book any big name entertainer for your upcoming public, private or corporate event worldwide.

Booking Entertainment works to get the best possible Quiet Riot booking fee and Quiet Riot price for our clients while also providing the celebrity or famous entertainer with the level of professionalism and industry norms that they expect from an event run by a professional booking agency and production management.

Booking Entertainment uses our agency / management relationships and over 25 years of production experience to help buyers of headline / top name entertainers and does not claim or represent itself as the exclusive Quiet Riot agent, manager or management company for any of the artists on our site.

Booking Entertainment does not claim or represent itself as the exclusive booking agency, business manager, publicist, speakers bureau or management for Quiet Riot or any artists or celebrities on this website.