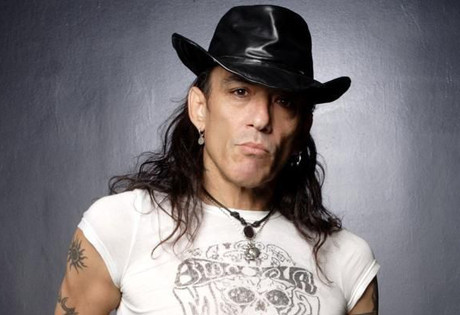 Start by filling out our no-obligation entertainment request form to check pricing and availability for Ratt or whoever else you may want.

Wondering how to book Ratt for your event? Let Booking Entertainment be Your entertainment booking agency for booking Ratt for events worldwide.

Our Ratt agent will be happy to help you get Ratt's availability and booking fee, or the price and availability for any other A-List entertainer, band, comedian or celebrity you may want for your corporate event, private party, wedding, birthday party or public show.

Ratt quickly rose to fame as one of the most popular bands of the 1980’s. Ratt’s debut album, Out of the Cellar, rocketed the band to fame with sales exceeding three million copies and the hit song “Round and Round,” which found a home at the top of the charts. The song would become the first in a long line of hits that gave Ratt a permanent place on MTV and in venues across the nation.

Ratt followed up their smashing debut with Invasion of Your Privacy (1985), Dancing Undercover (1986), and Reach for the Sky (1988), all of which made it to the charts and ultimately garnering the band multiple Top 40 tracks. Ratt began the 1990’s with Detonator, which also certified gold. But personal demons plagued individual band members, and by 1991, Ratt had released “Nobody Rides for Free,” their final single, featured in the film Point Break. In the new millennium, however, Ratt has reformed with a new lineup, consisting of Warren DeMartini, Bobby Blotzer, Juan Croucier, Carlos Cavazo and original member Stephen Pearcy.

Ratt launched a series of worldwide tours in the latter part of the millennium’s first decade, taking them to Japan for the first time in a decade and to Australia and South America for the very first time. Ratt celebrated their twenty-fifth anniversary with sell-out shows across the nation in House of Blues venues, and headlined the Rocklahoma Festival in 2008.  In 2009, they embarked on the ShipRocked cruise and then released their seventh studio album, Infestation, in 2010.  The latter part of 2010 again saw some tensions among the band members, leading to a short hiatus as Ratt regrouped once again.

In 2012, Ratt announced an upcoming tour and a new album release. The band continues to move forward with plans for additional performances and tours.

For more information on booking Ratt, please contact Booking Entertainment. One of our top booking agents will be happy to work on your behalf to get you the best possible price to book any big name entertainer for your upcoming public, private or corporate event worldwide.

Booking Entertainment works to get the best possible Ratt booking fee and Ratt price for our clients while also providing the celebrity or famous entertainer with the level of professionalism and industry norms that they expect from an event run by a professional booking agency and production management.

Booking Entertainment uses our agency / management relationships and over 25 years of production experience to help buyers of headline / top name entertainers and does not claim or represent itself as the exclusive Ratt agent, manager or management company for any of the artists on our site.

Booking Entertainment does not claim or represent itself as the exclusive booking agency, business manager, publicist, speakers bureau or management for Ratt or any artists or celebrities on this website.