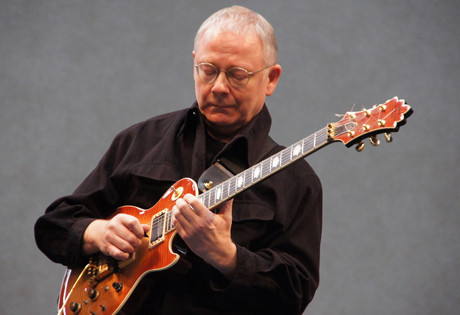 Start by filling out our no-obligation entertainment request form to check pricing and availability for Robert Fripp or whoever else you may want.

Our Robert Fripp agent will be happy to help you get Robert Fripp's availability and booking fee, or the price and availability for any other A-List entertainer, band, comedian or celebrity you may want for your corporate event, private party, wedding, birthday party or public show.

The English guitarist and producer Robert Fripp was born in 1946 in Dorset, England. Fripp rose to fame as the guitarist for the gropu King Crimson in the 1960’s, and he remained with the band all the way up through into the new millennium. Throughout his career, Robert established himself to be more than a guitarist, however; his greatest accomplishments may be in the realm of composition and production, which have brought him in collaboration with such notable musicians as David Bowie.

Of his own studio albums, Robert Fripp has released: Exposure (1979), God Save the Queen/Under Heavy Manners (1980), Let the Power Fall: An Album of Frippertronics (1981), and the Gates of Paradise (1998.) Fripp’s career, which spans nearly five decades, also includes nearly 1000 releases to which he has contributed his talents, earning him a ranking on Rolling Stone’s 100 Greatest Guitarists of All Time. In recent years, Robert Fripp returned to collaborate with his former King Crimson members on the album A Scarcity of Miracles: A King Crimson ProjeKct, which was released in 2011.

For more information on booking Robert Fripp, please contact Booking Entertainment. One of our top booking agents will be happy to work on your behalf to get you the best possible price to book any big name entertainer for your upcoming public, private or corporate event worldwide.

Booking Entertainment works to get the best possible Robert Fripp booking fee and Robert Fripp price for our clients while also providing the celebrity or famous entertainer with the level of professionalism and industry norms that they expect from an event run by a professional booking agency and production management.

Booking Entertainment uses our agency / management relationships and over 25 years of production experience to help buyers of headline / top name entertainers and does not claim or represent itself as the exclusive Robert Fripp agent, manager or management company for any of the artists on our site.

Booking Entertainment does not claim or represent itself as the exclusive booking agency, business manager, publicist, speakers bureau or management for Robert Fripp or any artists or celebrities on this website.