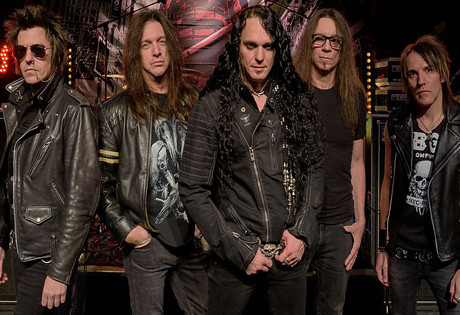 Start by filling out our no-obligation entertainment request form to check pricing and availability for Skid Row or whoever else you may want.

Our Skid Row agent will be happy to help you get Skid Row's availability and booking fee, or the price and availability for any other A-List entertainer, band, comedian or celebrity you may want for your corporate event, private party, wedding, birthday party or public show.

The American band known as Skid Row formed in the late 1980’s in New Jersey, with founding members Rachel Bolan and Dave Sabo. After adding Scott Hill, Rob Affuso, and Sebastian Bach to the band’s initial lineup, Skid Row began playing clubs and bars around the east coast of the United States. When the band was ready, Dave Sabo called in a favor to longtime friend Jon Bon Jovi, who had years ago agreed that if one of the two struck success in the music industry, they’d help the other along.

Bon Jovi manager Doc McGhee signed Skid Row and secured a record deal for them in 1988. Their debut album, Skid Row, was released a year later to instant success, going five times platinum and spawning the hit singles “Youth Gone Wild” and “I Remember You.” The album also earned the group the Favorite Heavy Metal/Hard Rock New Artist Award at the American Music Awards in 1990. Skid Row’s next album, Slave to the Grind (1991), was equally successful, as were: Subhuman Race (1995), Thickskin (2003), and Revolutions per Minute (2006.)

Today, Skid Row continues to perform and record with the lineup of Bolan, Sabo, Hill, Rob Hammersmith, and ZP Theart. In recent years, the group has participated in a number of “cruise” tours alongside such notable bands as Ratt and KISS, and in 2013, Skid Row released the EP, United World Rebellion: Chapter One. The EP is the first in a three-part EP series—the second installment, Rise of the Damnation Army, arrived in 2014, and the third installment is expected in the coming year.

For more information on booking Skid Row, please contact Booking Entertainment. One of our top booking agents will be happy to work on your behalf to get you the best possible price to book any big name entertainer for your upcoming public, private or corporate event worldwide.

Booking Entertainment works to get the best possible Skid Row booking fee and Skid Row price for our clients while also providing the celebrity or famous entertainer with the level of professionalism and industry norms that they expect from an event run by a professional booking agency and production management.

Booking Entertainment uses our agency / management relationships and over 25 years of production experience to help buyers of headline / top name entertainers and does not claim or represent itself as the exclusive Skid Row agent, manager or management company for any of the artists on our site.

Booking Entertainment does not claim or represent itself as the exclusive booking agency, business manager, publicist, speakers bureau or management for Skid Row or any artists or celebrities on this website.