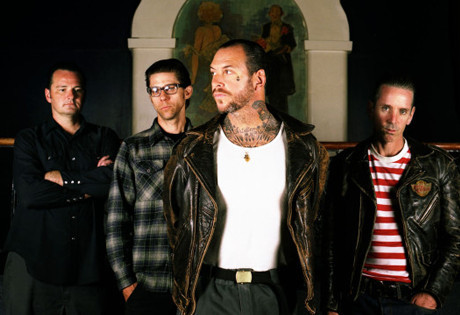 Start by filling out our no-obligation entertainment request form to check pricing and availability for Social Distortion or whoever else you may want.

Our Social Distortion agent will be happy to help you get Social Distortion's availability and booking fee, or the price and availability for any other A-List entertainer, band, comedian or celebrity you may want for your corporate event, private party, wedding, birthday party or public show.

The punk rock band Social Distortion was established in the late 1970’s in California and has survived through the decades to last well into the new millennium. The original members (Mike Ness, Rikk Agnew, Frank Agnew, and Casey Royer) initially met while the men were still in high school. By 1982, Social Distortion had started performing alongside such notable acts as Youth Brigade, and by 1983, the band had released its debut album, Mommy’s Little Monster.

Social Distortion was slow to rise, but rise it did, despite a number of changes to the lineup and a hiatus that lasted into the mid 1980’s. Prison Bound, Social Distortion’s sophomore effort, was released in 1988 and although the album never reached into the charts, it helped the band establish an underground following.  It also brought the band to Epic, which signed the band in time for the release of Social Distortion, a third album and the one which would prove to be the group’s major breakthrough. Featuring the songs “Story of My Life” and “Ball and Chain,” the album has lasted into the new millennium, with consistent sales each year even though it’s been decades since it’s first release.

Since that time, Social Distortion has continued to perform and record, releasing the albums Somewhere Between Heaven and Hell (1992), White Light, White Heat, White Trash (1996), Sex, Love and Rock ‘n’ Roll (2004), and Hard Times and Nursery Rhymes (2011.) The albums have spawned the top 40 alternative hits “Bad Luck,” “Cold Feelings,” “When She Begins,” “I Was Wrong,” “When the Angels Sing,” “Reach for the Sky,” “Far Behind,” and “Machine Gun Blues.”

With the current lineup of Ness, Jonny Wickersham, Brent Harding, and David Hidalgo, Jr., Social Distortion has recently re-entered the studio in preparation for their next album release. The album is scheduled to arrive sometime in 2013 or 2014.

For more information on booking Social Distortion, please contact Booking Entertainment. One of our top booking agents will be happy to work on your behalf to get you the best possible price to book any big name entertainer for your upcoming public, private or corporate event worldwide.

Booking Entertainment works to get the best possible Social Distortion booking fee and Social Distortion price for our clients while also providing the celebrity or famous entertainer with the level of professionalism and industry norms that they expect from an event run by a professional booking agency and production management.

Booking Entertainment uses our agency / management relationships and over 25 years of production experience to help buyers of headline / top name entertainers and does not claim or represent itself as the exclusive Social Distortion agent, manager or management company for any of the artists on our site.

Booking Entertainment does not claim or represent itself as the exclusive booking agency, business manager, publicist, speakers bureau or management for Social Distortion or any artists or celebrities on this website.