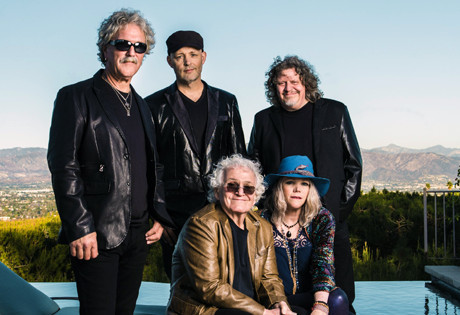 Start by filling out our no-obligation entertainment request form to check pricing and availability for Starship or whoever else you may want.

Our Starship agent will be happy to help you get Starship's availability and booking fee, or the price and availability for any other A-List entertainer, band, comedian or celebrity you may want for your corporate event, private party, wedding, birthday party or public show.

Starship began with the remaining musicians from Jefferson Starship (which began as Jefferson Airplane), after internal disagreements among band members resulted in an agreement which allowed the band to move forward as simply “Starship,” without its founding member. Starship consisted of Grace Slick, Mickey Thomas, Craig Chaquico, David Freiberg, Pete Sears, and Donny Baldwin.  Freiberg left Starship shortly after its inception, and the band launched its first album and single in 1985.

Starship’s debut accomplished feats that neither Jefferson Airplane nor Jefferson Starship ever did – with its debut single, “We Built This City,” the band rocketed to the top of the charts with the album Knee Deep in the Hoopla, which eventually went platinum. The follow-up single, “Sara,” also made it to number one, and Starship’s third single, “Tomorrow Doesn’t Matter Tonight,” also charted in the Top 40. Pete Sears left shortly thereafter, reducing Starship to a quartet, but the band surged forward with another chart-topping number-one hit, “Nothing’s Gonna Stop Us Now,” featured in the film Mannequin. No Protector, Starship’s sophomore effort, also reached gold status.

Grace Slick departed Starship in 1988, but Mark Morgan and Brett Bloomfield joined, on keyboards and bass. Love Among the Cannibals arrived in 1989, but the album did not perform as well as its predecessors. By 1991, following the release of a Greatest Hits album, Starship disbanded.  In the new millennium, Mickey Thomas began performing under the name “Mickey Thomas' Starship" or "Starship Featuring Mickey Thomas,” and he has made occasionally appearances.

For more information on booking Starship, please contact Booking Entertainment. One of our top booking agents will be happy to work on your behalf to get you the best possible price to book any big name entertainer for your upcoming public, private or corporate event worldwide.

Booking Entertainment works to get the best possible Starship booking fee and Starship price for our clients while also providing the celebrity or famous entertainer with the level of professionalism and industry norms that they expect from an event run by a professional booking agency and production management.

Booking Entertainment uses our agency / management relationships and over 25 years of production experience to help buyers of headline / top name entertainers and does not claim or represent itself as the exclusive Starship agent, manager or management company for any of the artists on our site.

Booking Entertainment does not claim or represent itself as the exclusive booking agency, business manager, publicist, speakers bureau or management for Starship or any artists or celebrities on this website.