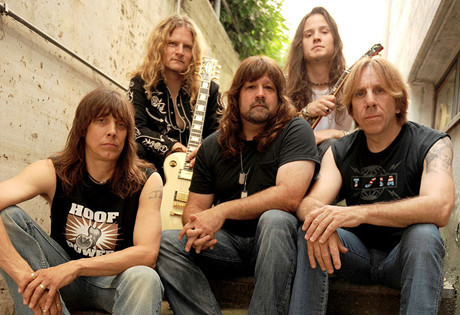 Start by filling out our no-obligation entertainment request form to check pricing and availability for Tesla or whoever else you may want.

Our Tesla agent will be happy to help you get Tesla's availability and booking fee, or the price and availability for any other A-List entertainer, band, comedian or celebrity you may want for your corporate event, private party, wedding, birthday party or public show.

Tesla came together in 1985 in California, born from a previous band called City Kidd. Comprised of members Jeff Keith, Frank Hannon, Tommy Skeoch, Brian Wheat, and Troy Luccketta, Tesla released their debut album, Mechanical Resonance, in 1986, which was met with great success, going platinum and reaching into the top of the album charts. But it was Tesla’s sophomore effort, The Great Radio Controversy (1989), which sent them to stardom, spawning the hit singles "Heaven's Trail (No Way Out),"  "Love Song,” and “The Way It Is.”

Tesla followed up with Five Man Acoustical Jam in 1990, featuring the hit single “Signs,” which also rose to the top of the charts and became the band’s highest charting single. The album is credited with inspiring the MTV Unplugged series, bringing informal acoustic sessions from rock and metal bands to audiences. Psychotic Supper (1991) was also enormously successful, bringing audiences the hits "Edison's Medicine," "Call It What You Want," "What You Give," and "Song and Emotion." Tesla did not fare as well with Bust a Nut (1994), and by this time the band members were experiencing personal discontent with each other, and so by 1996, they disbanded.

Tesla reunited in 2000, however, and by 2001, the band had released Replugged Live, a two-disc album which chronicled their current tour as reunited band members. They have continued to tour, record and release albums in the new millennium, including Into the Now (2004), Real to Reel (2007), A Peace of Time (2007), Forever More (2008), and Twisted Wires and the Acoustic Sessions (2011.) Recently they have performed at the Sweden Rock Festival and Rocklahoma, and Tesla continues with plans for future performances and tours.

For more information on booking Tesla, please contact Booking Entertainment. One of our top booking agents will be happy to work on your behalf to get you the best possible price to book any big name entertainer for your upcoming public, private or corporate event worldwide.

Booking Entertainment works to get the best possible Tesla booking fee and Tesla price for our clients while also providing the celebrity or famous entertainer with the level of professionalism and industry norms that they expect from an event run by a professional booking agency and production management.

Booking Entertainment uses our agency / management relationships and over 25 years of production experience to help buyers of headline / top name entertainers and does not claim or represent itself as the exclusive Tesla agent, manager or management company for any of the artists on our site.

Booking Entertainment does not claim or represent itself as the exclusive booking agency, business manager, publicist, speakers bureau or management for Tesla or any artists or celebrities on this website.