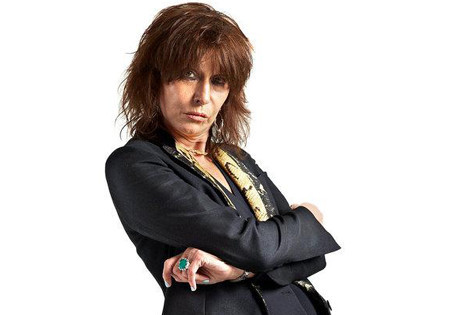 Start by filling out our no-obligation entertainment request form to check pricing and availability for The Pretenders or whoever else you may want.

Our The Pretenders agent will be happy to help you get The Pretenders's availability and booking fee, or the price and availability for any other A-List entertainer, band, comedian or celebrity you may want for your corporate event, private party, wedding, birthday party or public show.

The Pretenders first came together in the late 1970s, when songwriter and vocalist Chrissie Hynde teamed up with James Honeyman-Scott, Martin Chambers, and Pete Farndon. Hynde, originally from Ohio, had moved to London in 1973 and found herself immersed in the local music scene. While working at a weekly music paper, she performed in a number of bands and with a number of musicians before a music representative from Anchor Records heard some demos of Hynde’s music. His encouragement led to the formation of the Pretenders.

The Pretenders released their self-titled debut album in 1979, which featured the singles "Stop Your Sobbing," "Kid" and "Brass In Pocket." Pretenders II came next in 1981, but the next few years posed challenges for Hynde and her new band. Both Honeyman-Scott and Farndon died of a drug overdoses one year apart, and Hynde was faced with the task of reassembling the Pretenders if she wished to move forward. She added Robbie McIntosh and Malcolm Foster to the lineup, and the Pretenders released Learning to Crawl in 1984.  Additional albums followed for the next two decades, including Get Close (1986), and Packed! (1990.) Hynde expanded the lineup to include Bernie Worrell on keyboards, and after McIntosh quit, she added Johnny Marr for a short period of time. She also added Adam Seymour on guitar in preparation for the next studio album.

Last of the Independents was released in 1994 and the album went gold. The single “Night in my Veins” hit the charts in the UK and Canada, but the song “I’ll Stand By You” fared much better, reaching into the Top 10 in the United States. The live album Isle of View followed in 1995, and then the Pretenders contributed two songs for the film G.I. Jane in 1997. Viva el Amor (1999) closed out the millennium for the Pretenders, and in the next decade they released Loose Screw (2002) and Break Up the Concrete (2008.)

The Pretenders were inducted into the Rock and Roll Hall of Fame in 2005, and in recent years they have continued to tour extensively.

Hiring The Pretenders For Corporate Events, Private Parties And Public Concerts Is Easy With Booking Entertainment

For more information on booking The Pretenders, please contact Booking Entertainment. One of our top booking agents will be happy to work on your behalf to get you the best possible price to book any big name entertainer for your upcoming public, private or corporate event worldwide.

Booking Entertainment works to get the best possible The Pretenders booking fee and The Pretenders price for our clients while also providing the celebrity or famous entertainer with the level of professionalism and industry norms that they expect from an event run by a professional booking agency and production management.

Booking Entertainment uses our agency / management relationships and over 25 years of production experience to help buyers of headline / top name entertainers and does not claim or represent itself as the exclusive The Pretenders agent, manager or management company for any of the artists on our site.

Booking Entertainment does not claim or represent itself as the exclusive booking agency, business manager, publicist, speakers bureau or management for The Pretenders or any artists or celebrities on this website.