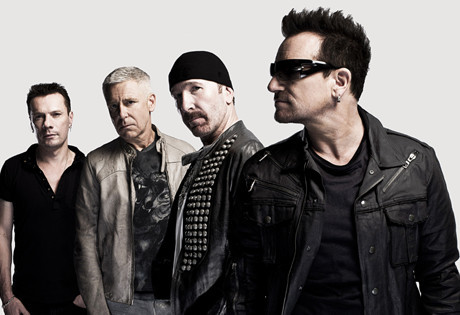 Hiring U2 For Corporate Events, Appearances, Speaking Engagements and Product Endorsements Is Easy With Booking Entertainment

Booking Entertainment can also help you book U2 for private virtual appearances,  live-streams or virtual shows.

Start by filling out our no-obligation entertainment request form to check pricing and availability for U2 or whoever else you may want.

Wondering how to book U2 for your event? Let Booking Entertainment be Your entertainment booking agency for booking U2 for events worldwide.

Our U2 agent will be happy to help you get U2's availability and booking fee, or the price and availability for any other A-List entertainer, band, comedian or celebrity you may want for your corporate event, private party, wedding, birthday party or public show.

The band U2 formed in the late 1970’s, when Larry Mullen, Jr., still in high school, posted a notice on a public board seeking other musicians with whom to start a band. Paul Hewson (“Bono”), Adam Clayton, Dick Evans, and David Evans (“the Edge”) responded and they came together to form a band called the Feedback. The Feedback became the Hype in 1977, but after Dick Evans left to join another band, the musicians settled on the name U2.

By the end of the decade, U2 had garnered the attention of a local manager, and in 1979, U2 released their debut album, titled U2 Three. The album topped the charts, but only in Ireland, where it was available, and while the band appreciated the success in their homeland, they struggled to gain the same level of attention in England and abroad. The single “Another Day,” released in 1980, changed all that for the band, however and they found themselves with a contract under Island Records, and a new debut album, Boy, this time properly released. U2 began touring as a supporting act for other successful bands, and Boy finally climbed into the Top 100 of the American charts in the following year. October came next, and the album would become their breakthrough in Britain, reaching nearly into the Top 10. The singles “I Will Follow” and “Gloria” found heavy airplay on MTV in the early part of the decade, and set the stage for their next album.

War (1983) would prove to be the international breakthrough for U2, rising to the top of the charts in both Europe and America. With its strong political message, War’s hits such as "Sunday Bloody Sunday" and "New Year's Day” rocketed U2 to superstardom, making the band one of the most popular in the world. The Unforgettable Fire duplicated the success, especially with the chart topping "(Pride) In the Name of Love," and for the rest of the next decade and beyond, U2 would release a string of critically acclaimed and commercially successful albums and singles, such as: The Joshua Tree, Rattle & Hum, Achtung Baby, Zooropa, Pop, "With or Without You,” "I Still Haven't Found What I'm Looking For," "Mysterious Ways" and "One." ??

In the new millennium, U2 has continued to release successful albums, including All That You Can't Leave Behind (2000), which earned Grammys for the songs “Walk On” and “Beautiful Day.” Also released in the past decade include the albums How to Dismantle an Atomic Bomb (2004), another Grammy Award winner, and No Line on the Horizon (2009.) In addition, U2’s 2009 tour featured one of the most elaborate and largest concert stage configurations ever seen. The complexity paid off, and the tour became one of most commercially successful of the decade.

U2 was inducted into the Rock & Roll Hall of Fame in 2005, and to date the band has released twelve studio albums and sold more than one hundred and fifty million records worldwide. U2 has been recognized with more than twenty Grammys so far, and ranks at number twenty-two on Rolling Stone’s list of 100 Greatest Artists of All Time. U2 is also politically active, especially in the areas of human rights, and has contributed to such notable philanthropic organizations as Amnesty International, ONE/DATA, Music Rising, and Product Red. U2 continues to perform and tour, and has plans for new album releases in the future.

Hiring U2 For Corporate Events, Private Parties And Public Concerts Is Easy With Booking Entertainment

For more information on booking U2, please contact Booking Entertainment. One of our top booking agents will be happy to work on your behalf to get you the best possible price to book any big name entertainer for your upcoming public, private or corporate event worldwide.

Booking Entertainment works to get the best possible U2 booking fee and U2 price for our clients while also providing the celebrity or famous entertainer with the level of professionalism and industry norms that they expect from an event run by a professional booking agency and production management.

Booking Entertainment uses our agency / management relationships and over 25 years of production experience to help buyers of headline / top name entertainers and does not claim or represent itself as the exclusive U2 agent, manager or management company for any of the artists on our site.

Booking Entertainment does not claim or represent itself as the exclusive booking agency, business manager, publicist, speakers bureau or management for U2 or any artists or celebrities on this website.