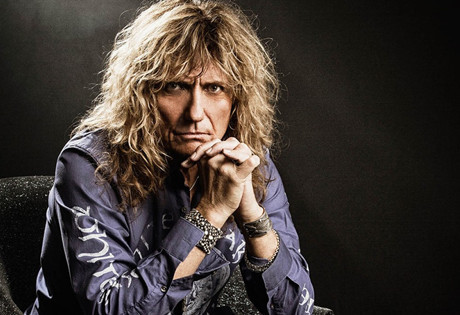 Start by filling out our no-obligation entertainment request form to check pricing and availability for Whitesnake or whoever else you may want.

Our Whitesnake agent will be happy to help you get Whitesnake's availability and booking fee, or the price and availability for any other A-List entertainer, band, comedian or celebrity you may want for your corporate event, private party, wedding, birthday party or public show.

The British rock band Whitesnake formed in England in 1978. Following David Coverdale’s exit from the band Deep Purple, he began touring and performing, with the White Snake Band as his backup group. During this time, Coverdale released the albums White Snake (1977) and Northwinds (1978) as solo endeavors, but established Whitesnake as an official group shortly thereafter.

Whitesnake enjoyed its greatest level of success with its self-titled album from 1987, which featured the iconic hits “Here I Go Again” and “Is This Love.” “Here I Go Again” has experienced the most enduring success, making its way into pop culture as an emblem of the 1980’s. The song has been featured in films such as Rock of Ages, Old School, and Bad Teacher. It has also been featured in the hit television series How I Met Your Mother and American Dad.

Whitesnake launched a hiatus in the late 1980’s but reunited in 2002 with an extensive tour. Two more albums followed after: Good to be Bad (2008) and Forevermore (2011.) Most recently, Whitesnake released the live DVD Made in Japan (2013), and announced plans to return to the studio for another studio album. Whitesnake continues to tour and perform with the current lineup of David Coverdale, Tommy Aldridge, Doug Aldrich, Reb Beach, Michael Devin, and Brian Ruedy.

For more information on booking Whitesnake, please contact Booking Entertainment. One of our top booking agents will be happy to work on your behalf to get you the best possible price to book any big name entertainer for your upcoming public, private or corporate event worldwide.

Booking Entertainment works to get the best possible Whitesnake booking fee and Whitesnake price for our clients while also providing the celebrity or famous entertainer with the level of professionalism and industry norms that they expect from an event run by a professional booking agency and production management.

Booking Entertainment uses our agency / management relationships and over 25 years of production experience to help buyers of headline / top name entertainers and does not claim or represent itself as the exclusive Whitesnake agent, manager or management company for any of the artists on our site.

Booking Entertainment does not claim or represent itself as the exclusive booking agency, business manager, publicist, speakers bureau or management for Whitesnake or any artists or celebrities on this website.