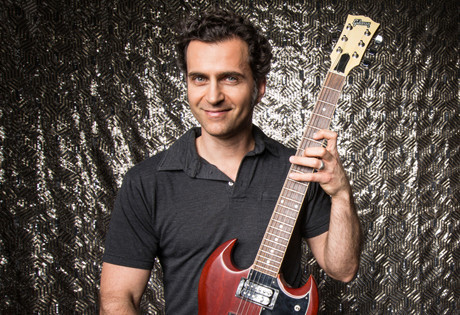 Start by filling out our no-obligation entertainment request form to check pricing and availability for Zapppa Plays Zappa or whoever else you may want.

The American tribute to Frank Zappa’s legacy, Zappa Plays Zappa, was established in 2006 by Frank Zappa’s son, Dweezil Zappa. Legendary musician Frank Zappa had risen to fame as a writer, composer, producer, and of course, performer, who entertained audiences from his debut in the 1960’s to his passing in the early 1990’s.

During the course of his career, Zappa remained fiercely independent and, despite critical acclaim, received only moderate commercial success. However, after his passing, Frank Zappa was recognized with some of the industry’s most notable awards, including an induction into the Rock and Roll Hall of Fame, a Grammy Lifetime Achievement Award, and listings on the Rolling Stones lists for 100 Greatest Artists of All Time and 100 Greatest Guitarists of All Time.

Zappa Plays Zappa pays tribute to Frank Zappa’s legacy, featuring musicians who often played with him in his heyday, including Napoleon Murphy Brock, and welcomes frequent contributions from such notable performers as Steve Vai and Terry Bozzio. The show also frequently features audio and video of Zappa himself in performance, integrated into the live musical performance.

Since its successful debut with shows throughout the United States, Canada, and Europe, Zappa Plays Zappa has toured and performed regularly, appearing even at the Grammy Awards in 2009. Most recently, Zappa Plays Zappa released a double live album, F.O.H., and continues to perform and tour regularly with the core lineup of Dweezil Zappa, Schelia Gonzalez, Ryan Brown, Ben Thomas, Chris Norton, and Kurt Morgan.

For more information on booking Zapppa Plays Zappa, please contact Booking Entertainment. One of our top booking agents will be happy to work on your behalf to get you the best possible price to book any big name entertainer for your upcoming public, private or corporate event worldwide.

Booking Entertainment works to get the best possible Zapppa Plays Zappa booking fee and Zapppa Plays Zappa price for our clients while also providing the celebrity or famous entertainer with the level of professionalism and industry norms that they expect from an event run by a professional booking agency and production management.

Booking Entertainment uses our agency / management relationships and over 25 years of production experience to help buyers of headline / top name entertainers and does not claim or represent itself as the exclusive Zapppa Plays Zappa agent, manager or management company for any of the artists on our site.

Booking Entertainment does not claim or represent itself as the exclusive booking agency, business manager, publicist, speakers bureau or management for Zapppa Plays Zappa or any artists or celebrities on this website.