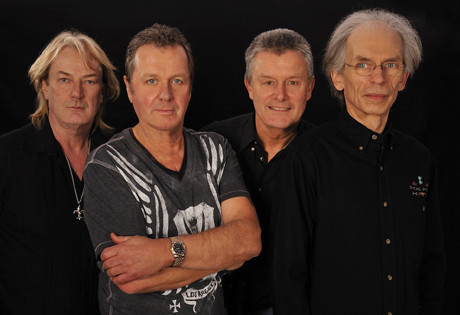 Start by filling out our no-obligation entertainment request form to check pricing and availability for Asia or whoever else you may want.

Wondering how to book Asia for your event? Let Booking Entertainment be Your entertainment booking agency for booking Asia for events worldwide.

Our Asia agent will be happy to help you get Asia's availability and booking fee, or the price and availability for any other A-List entertainer, band, comedian or celebrity you may want for your corporate event, private party, wedding, birthday party or public show.

Asia was formed in 1981 when Geoff Downes, John Wetton, Steve Howe, and Carl Palmer came together to form their own band as the bands they’d previously worked with began to disintegrate.  Originally coming from legendary progressive rock bands such as Roxy Music, King Crimson, Yes, and Emerson, Lake & Palmer, the founding members brought their talents together to create Asia.

Working closely with David Geffen, Asia found a new set of fans that were more associated with the album-rock sounds of such bands as Styx and Journey. Asia released the albums Asia, Alpha, and Astra in the 1980’s, all to surprising commercial success, bringing audiences the hits “Heat of the Moment,” “Don’t Cry,” and “The Smile Has Left Your Eyes.” Astra was the least success of the three, however, and by 1985 Asia had dissolved.

For more information on booking Asia, please contact Booking Entertainment. One of our top booking agents will be happy to work on your behalf to get you the best possible price to book any big name entertainer for your upcoming public, private or corporate event worldwide.

Booking Entertainment works to get the best possible Asia booking fee and Asia price for our clients while also providing the celebrity or famous entertainer with the level of professionalism and industry norms that they expect from an event run by a professional booking agency and production management.

Booking Entertainment uses our agency / management relationships and over 25 years of production experience to help buyers of headline / top name entertainers and does not claim or represent itself as the exclusive Asia agent, manager or management company for any of the artists on our site.

Booking Entertainment does not claim or represent itself as the exclusive booking agency, business manager, publicist, speakers bureau or management for Asia or any artists or celebrities on this website.