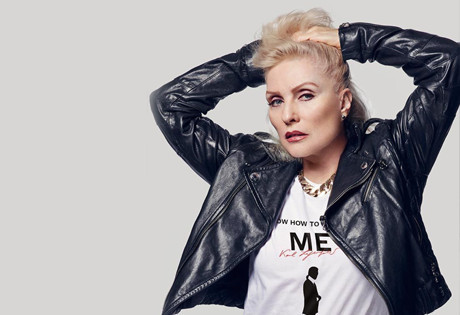 Start by filling out our no-obligation entertainment request form to check pricing and availability for Blondie or whoever else you may want.

Our Blondie agent will be happy to help you get Blondie's availability and booking fee, or the price and availability for any other A-List entertainer, band, comedian or celebrity you may want for your corporate event, private party, wedding, birthday party or public show.

The band Blondie originally came together when Chris Stein joined The Stilettos in 1973 and formed a romance with Deborah Harry, one of the band’s vocalists. The rest, they say, is history.

As early pioneers of the 1970’s punk and New Wave scene, Stein and Harry originally created the band Angel and the Snakes, but renamed themselves Blondie in 1975. Drummer Billy O’Connor and bassist Fred Smith came on board, and Blondie was released in 1977. The Australian television show Countdown featured “In the Flesh” later that same year, rocketing both the single and the album to the Top Five in Australia.

Throughout the 1970’s, Blondie would release a string of albums and subsequent hits. Plastic Letters (1978) and Parallel Lines (1978) spawned the hits “Denis,” “I’m Always Touched by Your Presence, Dear,” “Picture This,” and “Hanging on the Telephone.”

The single “ Heart of Glass” would become Blondie’s first United States hit, though, topping the charts in April of 1979. The disco-infused sound was perfect timing for the country’s changing music scene. “One Way or Another” would follow, and eventually Blondie’s Parallel Lines would find itself on Rolling Stone’s list of 500 Greatest Albums of All Time.

“Call Me,” perhaps Blondie’s most famous single, became the title track for the film American Gigolo, starring Richard Gere. It never appeared on any Blondie album, but rocketed to number one for six weeks on the charts and became an anthem for the earlier part of the 1980’s music sound.

Autoamerican, Blondie’s fifth studio album, was released later that same year, and featured “The Tide is High,” a reggae-styled cover of a 1967 song by The Paragons, and “Rapture.”

Blondie took a break in 1981, and then reconvened to release The Hunter in 1982, only to take another break until 1988, to release the remix album Once More into the Bleach.

Personal and health issues would keep Blondie away from the spotlight until 1997, when the original band reformed for a reunion performance at R.F.K Stadium in Washington, DC. International tours would follow in the next two years, and No Exit would be released in 1999. It reached number three on the UK charts, and “Maria” became Blondie’s sixth number one single in the UK.

The Curse of Blondie was released in 2003, and the single “Good Boys” also charted in the UK. Blondie was inducted into the Rock Walk of Fame on Sunset Boulevard in 2006.

For more information on booking Blondie, please contact Booking Entertainment. One of our top booking agents will be happy to work on your behalf to get you the best possible price to book any big name entertainer for your upcoming public, private or corporate event worldwide.