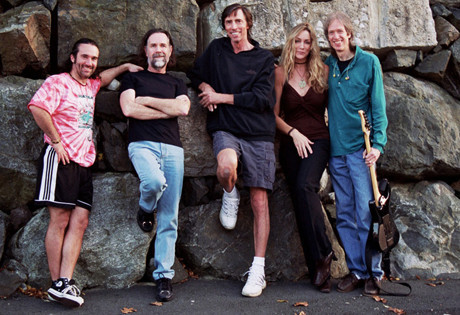 Start by filling out our no-obligation entertainment request form to check pricing and availability for Boston or whoever else you may want.

Our Boston agent will be happy to help you get Boston's availability and booking fee, or the price and availability for any other A-List entertainer, band, comedian or celebrity you may want for your corporate event, private party, wedding, birthday party or public show.

The musical genius behind the band Boston was Tom Scholz, born in 1947 in Toledo, Ohio. Tom began writing music while still attending MIT in pursuit of his master’s degree, and following graduation, he joined a local band as a keyboardist and guitarist. The band became Boston, and Tom’s belief in the band’s success pushed him to built his own recording studio in his home, which became the central location for most of Boston’s earliest recordings.

Alongside Barry Goudreau, Jim Masdea, Brad Delp, Fran Sheehan, and John Hashian, Boston submitted its demos to Epic Records and managed to land a contract in 1975. The group’s debut album, Boston, was released in 1976, and immediately spawned three of the group’s most long-lasting singles: “Long Time,” “More Than a Feeling,” and “Peace of Mind.” The success of the album gave it unique status – at the time, it was the most successful debut of a pop album in American music history.

Don’t Look Back followed in 1978, but Tom Scholz was not pleased with the result; he felt the album had been rushed and it did not meet his artistic standards. As a result, it would be 1986 before the next Boston album would be released, but Third Stage hit the top of the charts. By this time, only Delp and Scholz remained from the original lineup; the other original members of Boston had left the band. Walk On, released in 1994, was received to only moderate success, despite tours and other promotions established to support the album.

Another eight years passed before Boston released a new single in promotion of an upcoming album in 2002. Three years later, however, Boston faced the tragic loss of Brad Delp. A memorial concert for him took place in the summer of 2007, and members of Boston, past and present, performed, including Michael Sweet, Curly Smith, Kimberley Dahme.  In the following year, a new lineup for Boston was announced, which included Tom Scholtz, Michael Sweet, Gary Phil, Dahme, Neal, and Tommy DeCarlo.  In 2011, Michael Sweet left to pursue other ventures with the band Stryper, and David Victor came on board.

Boston continues to perform and record, with the current lineup of Tom Scholz, Gary Pihl, Curly Smith, Jeff Neal, Tommy DeCarlo, Tracy Ferrie, and Beth Cohen. The group’s sixth album—Life, Love & Hope—was released in 2013, in advance of an extensive tour of Japan and the United States. Another North American tour was completed in 2016. Thus far since its inception, Boston has sold over thirty-one million albums in the United States. In addition, Tom Scholtz has also founded Scholz Research & Design, which manufactures music equipment.  Boston continues to move forward well into the new millennium, with plans for future recordings and performances.

For more information on booking Boston, please contact Booking Entertainment. One of our top booking agents will be happy to work on your behalf to get you the best possible price to book any big name entertainer for your upcoming public, private or corporate event worldwide.

Booking Entertainment works to get the best possible Boston booking fee and Boston price for our clients while also providing the celebrity or famous entertainer with the level of professionalism and industry norms that they expect from an event run by a professional booking agency and production management.

Booking Entertainment uses our agency / management relationships and over 25 years of production experience to help buyers of headline / top name entertainers and does not claim or represent itself as the exclusive Boston agent, manager or management company for any of the artists on our site.

Booking Entertainment does not claim or represent itself as the exclusive booking agency, business manager, publicist, speakers bureau or management for Boston or any artists or celebrities on this website.