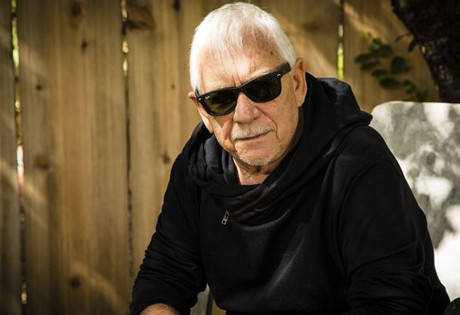 Start by filling out our no-obligation entertainment request form to check pricing and availability for Eric Burdon or whoever else you may want.

Our Eric Burdon agent will be happy to help you get Eric Burdon's availability and booking fee, or the price and availability for any other A-List entertainer, band, comedian or celebrity you may want for your corporate event, private party, wedding, birthday party or public show.

Eric Burdon began his career in music performing covers of works originally recorded by musicians he admired, such as Chuck Berry, John Lee Hooker, and Ray Charles. He established the band The Animals in the 1960’s, and they quickly became one of England’s best R&B bands.

The Animals released their debut single, “The House of the Rising Sun,” in 1964, to great commercial success. They followed up with hits such as “Don't Let Me Be Misunderstood,” “We Gotta Get Out of This Place,” “It's My Life,” “I'm Crying,” “Inside Looking Out,” “The Story of Bo Didley,” “Bring It On Home to Me,” and “See See Rider.” When the Animals disbanded, Eric Burdon moved forward with a solo project before resurfacing in California with a new incarnation of his original band, now known as Eric Burdon & the Animals (or as Eric Burdon & the New Animals) in the mid 1960’s.

Eric Burdon & the Animals scored hit after hit for the remainder of the decade, including “San Franciscan Nights,” “Colored Rain,” “When I Was Young,” “White Houses,” “Sky Pilot,” and “Monterey.” Burdon again embarked on a solo career, releasing albums such as I Used To Be An Animal, and wrote his autobiography, I Used To Be An Animal, But I’m All Right Now.  Eric Burdon also worked with Paul Shaffer’s CD, Coast to Coast, and in the 1990’s, he partnered with Jon Bon Jovi on renditions of the songs “It's My Life” and “We Gotta Get Outta This Place.” During this time, Burdon also toured as Eric Burdon’s I-Band, alongside musicians Dave Meros, Mark Craney, Larry Wilkins, and Dean Restum.

With the Animals, Eric Burdon was inducted into the Rock and Roll Hall of Fame in 1994. The singles “We Gotta Get Out of This Place” and “The House of the Rising Sun” are ranked on Rolling Stone’s 500 Greatest Songs of All Time, and Eric Burdon himself is ranked on the 100 Greatest Singers of All Time list.

In the new millennium, Eric Burdon continues to perform and record for a variety of projects, including the single “Power to the People” for the film Steal This Movie! and a performance at the memorial service for Bo Diddley. Recently, Burdon completed a European tour and he has current plans for additional performances and recordings.

For more information on booking Eric Burdon, please contact Booking Entertainment. One of our top booking agents will be happy to work on your behalf to get you the best possible price to book any big name entertainer for your upcoming public, private or corporate event worldwide.

Booking Entertainment works to get the best possible Eric Burdon booking fee and Eric Burdon price for our clients while also providing the celebrity or famous entertainer with the level of professionalism and industry norms that they expect from an event run by a professional booking agency and production management.

Booking Entertainment uses our agency / management relationships and over 25 years of production experience to help buyers of headline / top name entertainers and does not claim or represent itself as the exclusive Eric Burdon agent, manager or management company for any of the artists on our site.

Booking Entertainment does not claim or represent itself as the exclusive booking agency, business manager, publicist, speakers bureau or management for Eric Burdon or any artists or celebrities on this website.