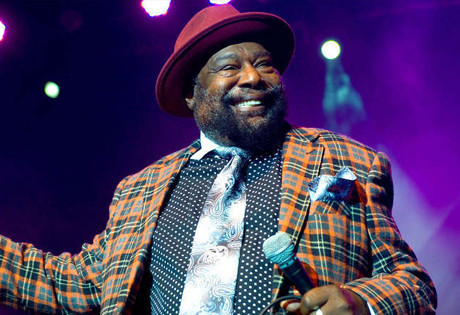 Start by filling out our no-obligation entertainment request form to check pricing and availability for George Clinton or whoever else you may want.

Our George Clinton agent will be happy to help you get George Clinton's availability and booking fee, or the price and availability for any other A-List entertainer, band, comedian or celebrity you may want for your corporate event, private party, wedding, birthday party or public show.

George Clinton was born in 1941 in North Carolina but grew up in New Jersey. As a teenager, he formed the doo-wop group The Parliaments, which found a major hit in the single “I Wanna Testify” in 1967. The band eventually changed its name to Parliament, and Clinton simultaneously formed the band Funkadelic. Both Parliament and Funkadelic blended the styles of artists such as Hendrix and James Brown, but with the addition of psychedelic elements, sound effects, and strong bass lines. The formula was one for success.

With politically-heavy themes, Funkadelic released albums such as Chocolate City, Maggot Brain, and America Eats It's Young, and together Parliament and Funkadelic enjoyed a series of number one hits, including: "Flashlight," "One Nation Under a Groove," "Aqua Boogie" and "(Not Just) Knee Deep." By the 1980’s, George Clinton had launched his own solo career. His debut album, Computer Games, featured the hit single “Atomic Dog,” and Clinton also went on to produce albums for other artists, including the Red Hot Chili Peppers, OutKast, Busta Rhymes, and De La Soul. Within ten years, Clinton had earned recognition as the father of modern urban music, and in 1996, he released

T.A.P.O.A.F.O.M. (The Awesome Power of a Fully Operational Mothership), reuniting him with his former band members. Together Parliament-Funkadelic performed at the 1999 Woodstock Festival.

For more information on booking George Clinton, please contact Booking Entertainment. One of our top booking agents will be happy to work on your behalf to get you the best possible price to book any big name entertainer for your upcoming public, private or corporate event worldwide.

Booking Entertainment works to get the best possible George Clinton booking fee and George Clinton price for our clients while also providing the celebrity or famous entertainer with the level of professionalism and industry norms that they expect from an event run by a professional booking agency and production management.

Booking Entertainment uses our agency / management relationships and over 25 years of production experience to help buyers of headline / top name entertainers and does not claim or represent itself as the exclusive George Clinton agent, manager or management company for any of the artists on our site.

Booking Entertainment does not claim or represent itself as the exclusive booking agency, business manager, publicist, speakers bureau or management for George Clinton or any artists or celebrities on this website.